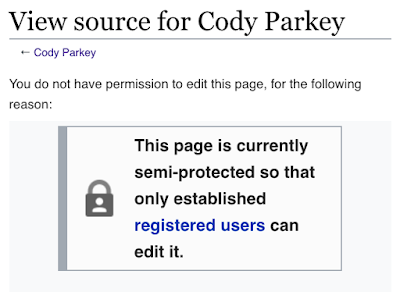 Wikipummeled. Editors were compelled to lock down the Wikipedia page for Bears placekicker Cody Parkey, who’s been widely (doink!) blamed (doink!)—but maybe wrongly—for the end of the Bears’ season.
■ On the bright side, Philadelphia Eagles fans sent him money …
■ … and the Illinois State Police workload may be a little lighter now.
■ A federal lawsuit in Chicago could alter the future of college football.

Shrunken political heads? Mayoral candidate Bill Daley supports cutting the Chicago City Council from 50 aldermen to 15.
■ Rival Bob Fioretti on Facebook: “I proposed these reforms more than ten years ago. Bill Daley and his brother fought against them with everything they had.”
■ While much of Chicago was focused on football Sunday, an aide to mayoral candidate Toni Preckwinkle slipped into a state Senate vacancy—and critics complain “the fix was in.”

In Burke’s defense. The Sun-Times’ Neil Steinberg has a few relatively kind things to say about Ald. Ed Burke, accused of attempted extortion: “He is a minor Chicago landmark, and I’d be sorry to see him go, sort of. Not Field’s but Carson’s. Not the Water Tower but Water Tower Place. You might not ever go there anymore—who does?—but you’d still hate to see the thing torn down.”
■ Sun-Times columnist Laura Washington: When Burke goes down, “he’ll take somebody with him.”
■ Politico explores the sway Burke’s had for decades over the Cook County judicial slating system.
■ Mayor Emanuel has ordered an outside auditor to scrutinize how Burke oversaw the city’s $100 million-a-year workers’ compensation program.

‘Puerto Rico Town’ controversy. A proposal to extend a Chicago neighborhood's boundaries is the target of a petition to Gov.-elect J.B. Pritzker.
■ Two run-down Chicago neighborhoods from the ’70s evolved in what Crain’s Dennis Rodkin says were “very different ways”—partly because of “the Oprah effect.”
■ A group of Young entrepreneurs want some of that same action for the Austin neighborhood. 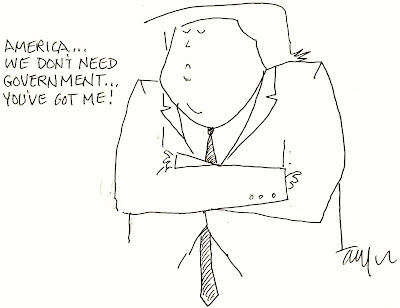 Trump ‘is more vulnerable than many people realize.’ The New York Times’ David Leonhardt says Trump “won a shocking victory in 2016, and his opponents have lacked confidence ever since. They should no longer lack it.”
■ The Guardian: The new chairman of a House committee can pose a threat to Trump bigger than that posed by special counsel Robert Mueller. (Cartoon: Keith Taylor.)
■ Vox: Alexandria Ocasio-Cortez’s Green New Deal, explained.
■ For the first time in a quarter century, Supreme Court Justice Ruth Bader Ginsburg today was absent for oral arguments.

News news. Roiled by sexual misconduct, CBS News has named its first female president …
■ … who inspired and helped create the classic movie Broadcast News.
■ Reader columnist Ben Joravsky shares his account of how he lost his WCPT-AM radio show.
■ Chicago journalist Dan Sinker writes in Esquire: Journalists have to “do better in calling out Trump’s s__t.”

Not going to Disneyland. After a price-hike ahead of the opening of a new Star Wars-themed expansion, the cheapest daily ticket will cost more than $100 …
■ … well before the expansion opens.

Thanks for reading Chicago Public Square. You can help Square grow in (at least) two ways:
■ Pitch in a few pennies per issue as a Square supporter.
■ Tell your friends about Square and invite them to subscribe—free!