If you’re reading this without leaving home—or without even stepping out your front door to bring in the email—thank these people who keep Chicago Public Square coming. Please consider joining them here. And now, the news:

Ice quakes. If you’ve heard or felt the ground booming in Chicago’s cold spell, this may be why. 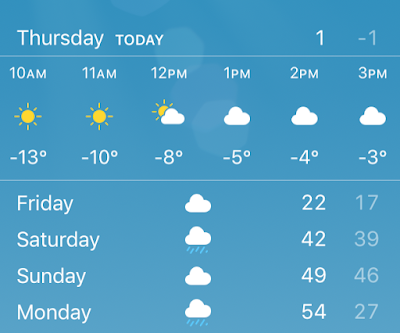 ■ Close, but no record: 1985’s 27 degrees below zero will stand as Chicago’s lowest recorded temp.
■ And now temperatures begin a slow rise of more than 70 degrees—to the low 50s by Monday …
■ … but not before more snow falls.
■ The Tribune’s running list of what’s closed included an athletic club indoor pool shuttered because icicles were falling into the water.
■ Flames engulfed Chicago-area train tracks—on purpose …
■ … but train service remained spotty Thursday.
■ Trib columnist John Kass says he was ready to mock people “panicking over the polar vortex” … until “the power to our house went out.”
■ Kass’ colleague, Rex Huppke: “Our lives are made better by fellow human beings who are essential, who take to the castle’s battlements when the polar vortex charges.”
■ A good Samaritan picked up the hotel tab for 70 homeless people who’d been cleared from a site near Roosevelt and the Dan Ryan Expressway.
■ Not all Chicago’s homeless welcomed offers of shelter from the cold.
■ Chicago TV reporters were spared the embarrassment of standing in the cold and telling people not to stand in the cold.
■ Ex-Chicagoan Stephen Colbert donned a mustache to offer the city survival tips: “Slice open and crawl inside a visiting Packers fan” …
■ … a line awfully close to a Jimmy Kimmel joke cited in yesterday’s Square.

Meanwhile in the Antarctic … One of the world’s most dangerous glaciers has developed a cavity that threatens a dangerous rise in global sea levels.
■ Illinois Democrats in Congress accuse the Environmental Protection Agency of “capitulation” to ease regulations on a chemical blamed for a suburban “cancer cluster.”
■ The senior environmental program officer for Chicago’s Joyce Foundation warns: Chicago’s building boom is endangering the health of the city’s most vulnerable kids.

Lynching never died. Civil rights advocates say the alleged assault in Chicago on Empire actor Jussie Smollett is a reminder that the use of nooses to intimidate black Americans is still very much a thing.
■ Police have released surveillance images of “persons of interest’’ in the Smollett case.

Sorry about that ‘kick your ass’ thing. Chicago Ald. Matt O’Shea is taking back his “ill-advised and poorly timed attempt at humor” when he condemned Ald. Danny Solis for wearing a wire and secretly recording colleagues.
■ Solis’ fellow Hispanic aldermen want him to come “out of the shadows” or quit.
■ The alderman replacing Solis atop the City Council’s Zoning Committee says he wants more affordable housing in the massive Lincoln Yards project.
■ Another Cubs co-owning Ricketts, another mayoral endorsement (Shia Kapos’ Politico Illinois campaigns roundup).
■ The Tribune has begun endorsing candidates for alderman.
■ Ready to vote? Check the Chicago Public Square voter guide.

New Portillo’s. The Chicago-based restaurant chain, which owns 57 establishments in seven states, is preparing to open only its third in Chicago.
■ The Taiwanese electronics giant Foxconn may bail on plans for a massive Wisconsin factory President Trump labeled “the eighth wonder of the world.”

Thanks … to reader Mike Braden for noting the absence of the word is in the item above about lynching and in the subsequent item about the nation’s polarization.