Reader Kelly O’Brien gets this whole alphabetical “thanks for supporting Chicago Public Square” drill. She made her move just in time to be acknowledged today along with Tom O’Malley of Multipath Data. Now’d be a great time to pledge here—especially if your last name begins with the letter P, because, you know, tomorrow’s almost here. And now, the news: 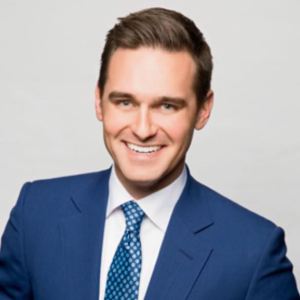 Oops. State Rep. Nick Sauer, who quit Wednesday after an ex-girlfriend accused him of sharing nude photos of her online, has been a member of the Illinois House Sexual Discrimination and Harassment Task Force.
■ A Tribune editorial praises “the courage of women willing to speak out.” (Photo: Facebook.)
■ Sun-Times columnist Mark Brown: “You’ll never be able to convince me … Democrats sexually harass women any more than Republicans.”

March to Wrigley. Anti-violence protesters planning a procession to Wrigley Field along Lake Shore Drive this afternoon have shifted their intended route.
■ A Sun-Times editorial: “In a free society, a march is sometimes our conscience on the move.”
■ At least some members of the Cubs haven’t been reading the news. 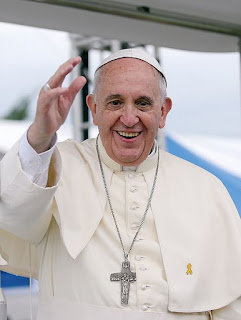 Pope vs. death. Pope Francis has put the Catholic Church squarely among those opposed to the death penalty under any circumstances …
■ … just as Chicago Cardinal Blase Cupich is scheduled this afternoon to join an American Bar Association convention panel discussing capital punishment. (2014 photo: Korean Culture and Information Service.)

Chicago vs. Trump. The city is one of four suing the White House, accusing the president of unconstitutional “sabotage” by not enforcing the Affordable Care Act.
■ The Trump administration is proposing to freeze fuel efficiency standards and take away California’s ability to enforce its own tougher rules, which have become the de facto benchmark for the whole country.
■ The New York Times: Against his lawyers’ advice, President Trump wants to sit down with the special counsel’s investigators.
■ The lead prosecutor in the case against Trump’s former campaign manager, Paul Manafort, is a graduate of a Chicago-area high school.
■ University of Illinois at Springfield political science professor emeritus Kent Redfield assesses Trump’s attacks on journalists: “This is dangerous territory.”
■ Trump’s daughter Ivanka disagrees with the president: “I do not feel that the media is the enemy of the people.”
■ Al Franken might run for office again.

Parasite seeing. Beware salads and wraps sold by Trader Joe’s and Walgreens.
■ The ketchup packet may be at the end of its vine.

‘There will also be vomit. Lots and lots of vomit.’ Trib columnist Rex Huppke offers his Lollapalooza Survival Guide.
■ But more seriously …
■ And share this New York Times piece with visitors: “Once Polluted and Reviled, the Chicago River Bounces Back.” 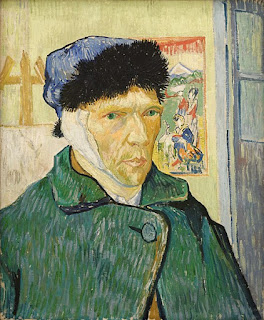 No Van Gogh jokes, please. Early today, across Michigan Avenue from the Art Institute, a man reportedly bit off part of another man’s left ear.
■ Friday brings the start of a Chicago celebration of Black Panther and all things Afrofuturistic: Wakandacon.

Thanks, American Press Institute. Chicago Public Square is “popular”!
■ But … stuff … still happens: Ever-vigilant Mike Braden noted a word missing in the lead item of yesterday’s Square.
■ Reminder: If you’re first to report a Square error to Squerror@ChicagoPublicSquare.com, you can see your name here, too.