Today’s edition of Chicago Public Square is brought to you by the letter M—and by Square supporters whose last names begin with M: Marc Magliari, Denise Mattson, David Mausner, Joe McArdle, John R. McClelland (who made it in just under the wire Tuesday), John & Beth Messina, Barbara Miller, Mark Misulonas and Larry Montgomery. You can join them in The Legion of Chicago Public Squarians here. (If your last name begins with O, now would be a good time.) And now the news: 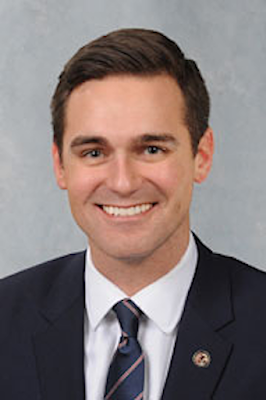 Lawmaker accused. Politico’s Shia Kapos has the story of a woman’s complaint that her ex-boyfriend, Republican Illinois State Rep. Nick Sauer, created a fake Instagram account and populated it with nude photos of her to lure other men into “graphic” discussions. (Update, 11:33 a.m.: He’s quitting.)
■ Candidates for Illinois governor are at odds over … puppies.

Careful what you breathe. The Tribune has found one of the nation’s biggest sources of brain-damaging airborne lead pollution just 20 miles from Chicago.
■ Five things to know about President Trump’s nominee to head the U.S. EPA. 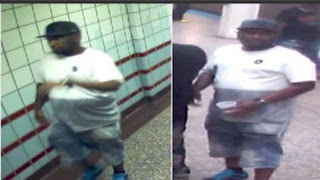 Loop stabbing suspect sought. Police have released video of a man who attacked three people near State and Lake on Monday night of last week.
■ Cops are also hunting two men who robbed a passenger early Tuesday after blocking the exit from a CTA Blue Line train.

Trump’s trump card. In a tweet, the president is calling on Attorney General Jeff Sessions to end special counsel Robert Mueller’s Russia investigation.
■ The Washington Post keeps count so you don’t have to: Trump’s made (at least) 4,229 false or misleading claims since taking office—as of 3 a.m. Eastern time today. 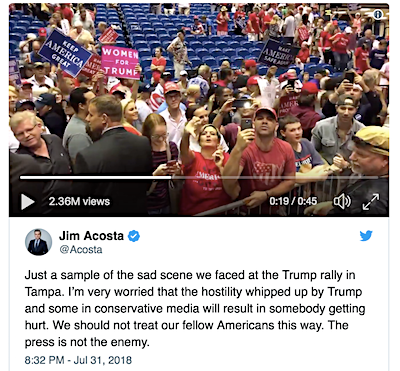 ‘I’m very worried that the hostility whipped up by Trump … will result in somebody getting hurt.’ CNN reporter Jim Acosta was heckled by the crowd at the president’s Florida rally yesterday—and the president used Twitter to amplify their message.
■ Things to know about QAnon, the conspiracy-theorist movement that manifested itself at Trump’s rally.
■ The Tribune’s Eric Zorn: “The true Trump Derangement Syndrome … is the delusion suffered by those who still think he’s going to make this country a better place for average people.”
■ InfoWars gasbag Alex Jones is suing the people who’ve sued him for spreading lies about them.

‘Someone in this administration has to accept responsibility.’ And so U.S. Sen. Dick Durbin is calling on Homeland Security Secretary Kirstjen Nielsen to quit for her role in immigration policies that he says “punish families fleeing horrific gang and sexual violence and seeking refuge in the United States.”
■ See video of Durbin’s statement to the Senate Judiciary Committee.

‘The more Chicagoans engage … the more this next election becomes a referendum on ways to make Chicago a more successful, livable city.’ A Tribune editorial cheers on protesters planning to march along Lake Shore Drive to Wrigley Field tomorrow.
■ In Lakeview, the Trib reports, businesses are bracing for the unknown.
■ The July 7 protest along the Dan Ryan Expressway cost taxpayers an estimated $323,000.

‘Let the people in.’ Sun-Times columnist Suzanne McBride condemns Chicago Public Schools for turning away the public at its monthly meetings.
■ Illinois ranks in the top half—but not by much—of a list of the best state public school systems. 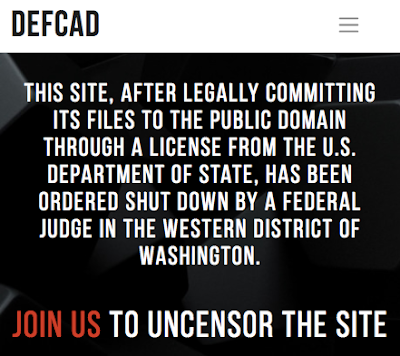 The guy behind the 3D-printed plastic gun. CNN profiles Cody Wilson, who’s fighting to share blueprints online at his DEFCAD website.
■ The Onion: “NRA Releases Downloadable Blueprints For First 3D-Printed Gun Lobbyists.”
■ The Texas school district where 10 people were killed in a mass shooting in May has accepted eight donated AR-15 rifles.

Announcements.
■ Reader Michael Weiland reported a hyphen missing in yesterday’s Chicago Public Square: “The Midway Airport food court is ready for its close-up (as in a photo or movie shot). Not closeup (as in the shutting down of operations; e.g., ‘the closeup of the old food court is complete’).”
■ Thanks to reader Chris Koenig for the latest of many Square link suggestions.