Giuliani’s Chicago lie. PolitiFact says President Trump’s lawyer got the number of weekend murders in the city wrong by a factor of five.
■ But, as of Square’s publication deadline: Not one arrest reported in any of those cases.

‘How do you love a place that’s so heartbreaking?’ Tribune columnist Heidi Stevens wrestles with Chicago’s “continuous cycle of trauma and grief.”
■ Reporter and Chicago Ambassador publisher Bob Chiarito’s response: “If I lived on a block where gunshots were heard a lot, I’d hate everything about Chicago.”

Mayoral term limits. Ex-Gov. Pat Quinn has filed papers to give voters this fall a chance to hold Chicago’s mayors to two terms—possibly ending Rahm Emanuel’s eligibility to seek a third term next year.
■ Trib columnist Kristen McQueary: Term limits are a way to “unrig the process and deinstitutionalize incumbency protection.”
■ A Trib editorial: Under Emanuel, Chicago Public Schools have been “audacious about doing what is best for themselves: stonewalling.” 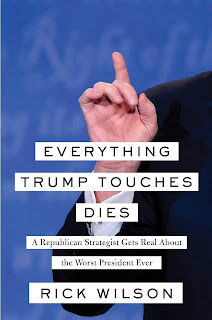 ‘It’s almost a moral imperative to slap the stupid out of them.’ A longtime Republican strategist who admits he helped feed people’s fear “the liberals are trying to kill you” has written a book that Trib columnist Rex Huppke says “roundly shames” the party.
■ Updating coverage: The government’s star witness against Trump’s ex-campaign chairman returns to the witness stand today.
■ A veteran civil liberties advocate has doubts about Apple and Facebook’s crackdown on crackpot Alex Jones: “Decisions about who get[s] to speak and how they get to speak on basic communications platforms are really decisions for the people of the United States to make.”
■ Columbia Journalism Review’s Pete Vernon: Tech giants are starting “to act like media companies.”

Obama Center field. The city and the Chicago Park District have begun chopping down trees in Jackson Park despite a pending lawsuit to stop the presidential museum project. 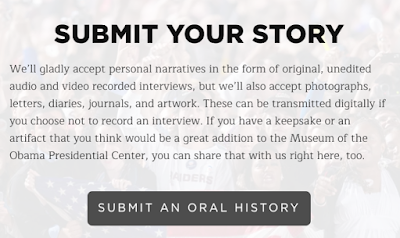 ■ The Obama Foundation wants your 2008 Obama campaign stories and memorabilia.

Correction. Reader Jen Packheiser spotted an extra to in yesterday’s Square—and, because she was first to note it, gets credit here for the save.