[Chicago Public Square will take a few days off to honor summer’s last hurrah. Between now and Tuesday morning, get Square updates on Facebook and Twitter.]

This edition of Square is brought to you by the letter T—including members of The Legion of Chicago Public Squarians whose last names begin with T: Anna Tarkov and Scott Tindale. Join them here. And now the news: 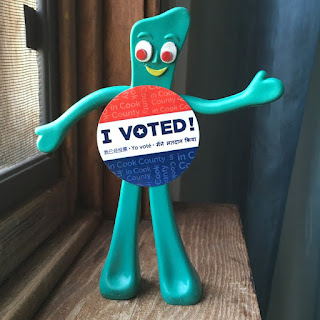 Cliffhangers. Updating coverage: At Square’s publication deadline, key races in Ohio and Kansas are too close to call.
■ The Washington Post: Tuesday’s winners include Democratic morale, with “alarm bells” for House Republicans.
■ The Hill: The Ohio race is “an ominous sign” for President Trump.
■ A shocking upset in the primary for the St. Louis prosecutor’s job is “a big victory for Black Lives Matter.”
■ In deep-red Missouri, voters rejected a Republican-backed plan to weaken labor unions.
■ Kansas has its first Native American and gay nominee for Congress.
■ In Michigan, a Democratic primary winner is positioned to become the first Muslim woman elected to Congress.
■ A New York Republican congressman surrendered to the FBI this morning to face securities fraud-related charges.

‘Blame the curse of racism.’ The Sun-Times’ Neil Steinberg cites discriminatory law enforcement as a key factor in the city’s murder plague. But, he asks: “Where did the police get their racism? The honest answer: from everywhere.”
■ Chicago’s black elected officials demand at least 10 percent of all government funding be spent in neighborhoods where at least 20 percent of the population has lived below the poverty line for the past 30 years.
■ Democratic gubernatorial candidate J.B. Pritzker blames Gov. Rauner’s budget cuts for Chicago’s gun violence.
■ Mayor Emanuel pledges hundreds of additional cops will patrol the city’s streets this week, but he’s demanding neighborhood residents “speak up” to identify criminal suspects.
■ Tribune columnist John Kass quotes a West Side minister about the dangers of that: “You put yourself at risk. … Obviously, the police can’t protect you, and if somebody kills you, they can’t find out who did it.”
■ The Trib’s Mary Schmich visits a 12-year-old shot on his family’s West Side porch two years ago.
■ A state representative from Chicago’s West Side says Mayor Emanuel’s feud with President Trump shouldn’t keep the two of them from working together to end the city’s mayhem.
■ Presidential daughter Ivanka Trump is visiting Southern Illinois. 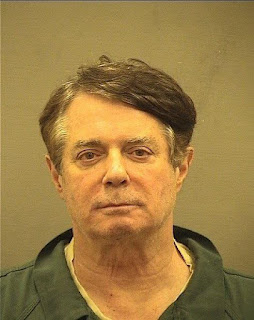 Um, Mr. President … Donald Trump has insisted the criminal trial of his campaign leader, Paul Manafort, has nothing to do with him. But Trump’s name came up a lot Tuesday.
■ Updating coverage: After a grueling and humiliating stand yesterday, Manafort’s colleague Rick Gates is back for more testimony today.

‘We have some questions.’ The Illinois attorney general’s office wants to know more about the foundation from which mayoral candidate Willie Wilson’s freely been handing voters cash.
■ Wells Fargo—yeah, that Wells Fargo—is offering $15,000 grants to low- and moderate-income Cook County homebuyers. 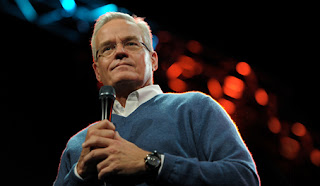 An empire besieged. The Willow Creek megachurch’s global summit, scheduled for Thursday and Friday, is struggling in the aftermath of charges of inappropriate behavior by its founder, Bill Hybels.
■ An ex-Willow Creek pastor calls the women accusing Hybels “Godly and credible.”