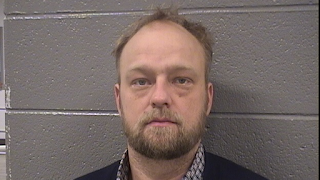 ‘It’s environmental racism.’ The Better Government Association says Chicago neighborhood activists are demanding the city change the way it decides which areas should house most industrial and manufacturing businesses.
■ Flood thy neighbor: ProPublica explains the problems with America’s approach to controlling rivers.

‘I cannot … appear before you … when my soul is so at odds with the institution.’ The lead teaching pastor of Barrington’s scandal-scarred Willow Creek megachurch, Steve Carter, blogged his resignation statement after a New York Times report exposed new details about his predecessor’s misdeeds. 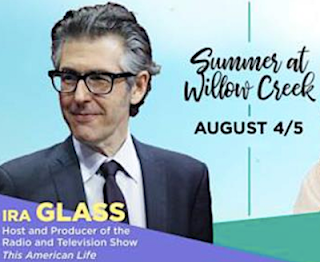 ■ The Tribune says Carter’s announcement followed an incident in which he took ill just before an onstage interview with This American Life host Ira Glass.
■ Neil Steinberg in the Sun-Times: “No religion is immune from being deformed by human depravity.”

Apple and Mr. Jones. In the most sweeping smackdown yet on conspiracy-theory fabulist Alex Jones—who says the Sept. 11 terror attacks were staged by the government and the Sandy Hook elementary school massacre was faked by gun-regulation advocates—Apple is yanking his podcasts from its iTunes store.
■ Facebook’s doing much the same.

Robert Redford retiring. He says he’ll to stop acting after one last job.
■ Struggling MoviePass says its members will now get just three theater passes a month—not one a day.

Correction. Thanks to erudite Square reader Mike Braden, an error in Friday’s edition has been undone: The past tense of forbid is forbade.