Reading this for free? Thank Square supporters JoBeth Halpin, Theresa Jabaley, Catherine Johns, Michael Johnson and David A. Jones. You can join them in The Legion of Chicago Public Squarians here. And now, the news:

Trump’s charm. Reporting from Granite City, Ill., the Sun-Times’ Neil Steinberg finds the president “a charming man” and concludes “Trump is going to be re-elected in 2020.” 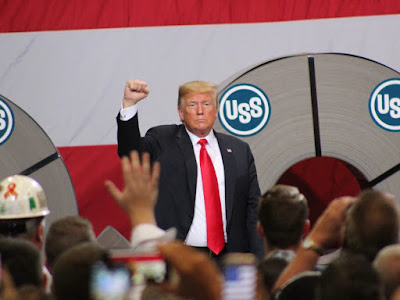 ■ CNN documents the lies Trump told on his trip.
■ A protester in Granite City: “He should not have been here today.” (Photo: One Illinois/Ted Cox.)
■ Well, Gov. Rauner wasn’t there.
■ In a televised debate for what may be Illinois’ most contentious congressional race, the Republican called Trump “good on the economy” and the Democrat called him “the worst president of our generation.”

Trump’s denial. In a tweet, the president says he didn’t know in advance about a June 2016 meeting of a Russian lawyer, his son and other aides discussing dirt on Hillary Clinton.
■ But if he did know, as his ex-lawyer Michael Cohen asserts, CNN’s Chris Cillizza says: “Holy crap.”
■ Vox: Here’s “the first publicly identified case of Russian interference in a specific 2018 election campaign.” 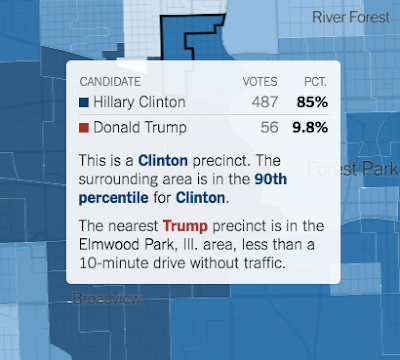 ■ The New York Times has built a rivetingly interactive map of the 2016 presidential vote—capable of showing you, among other things, how far you are from the nearest Trump or Clinton-dominated precinct.

Tollway tension. The Tribune reports the Illinois Tollway’s executive director says a board member threatened her.
■ Despite the CTA’s “zero tolerance” policy for employees using cellphones when driving buses and trains, the Sun-Times says drivers who’ve crashed while on the phone have kept their jobs.
■ Police say a man on a Divvy bike robbed a woman near Printer’s Row overnight.

Facebook’s fall. Axios: The historic hit Mark Zuckerberg and his company took on Wall Street Thursday is “all the proof you need that tech investors have moved from greed to fear.”
■ Updating coverage: … And then it was Twitter’s turn in early trading Friday. 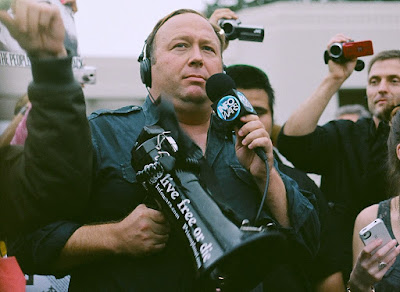 Airline upgrade. In a significant concession to “basic economy” passengers, American Airlines says it’ll grant them one free carry-on item.
■ China’s steamed at American and three other U.S. airlines for failing to meet a deadline for treating self-ruled Taiwan as a part of China. 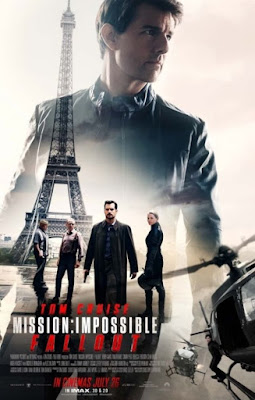 Mission Impossible reviews.
■ The Sun-Times’ Richard Roeper: “Just might be the best of the franchise.”
■ The Tribune’s Michael Phillips: “Really good.”
■ The Reader’s J.R. Jones: “The most entertaining element … may be the star’s advancing age.”

Correction. Many (many, many) readers noted the transposition of words in yesterday’s Chicago Public Square (“who Chicago’s block bike lanes” should have been “who block Chicago’s bike lanes”), but the ineffable Mike Braden—really, don’t even try to eff him—was first.