If you’re reading this edition of Chicago Public Square for free, you can thank supporters like Jack Hafferkamp, Joe Hass, Barbara Heskett, Jane Hirt, Judy Hoffman, Laurie Huget, Werner Huget and Harla Hutchinson. You too can help keep Square coming—with a new support-level option: Enthusiast. Now, back to the news:

Trump, taped. In audio given to CNN by the lawyer for President Trump’s former lawyer, Michael Cohen, the president can be heard talking to Cohen about how to buy the rights to a former Playboy model’s story about an alleged affair with Trump.
■ CNN’s Brian Stelter: “I’m most interested in the earlier portion, when Cohen says this: ‘Um, I need to open up a company for the transfer of all of that info regarding our friend David.’”
■ Presidential daughter Ivanka is folding her company and getting out of the fashion business.

‘We live in a culture where even a dimwit hater knows enough to feel a little ashamed.’ Neil Steinberg dissects a KKK flier distributed in the southwest suburbs. 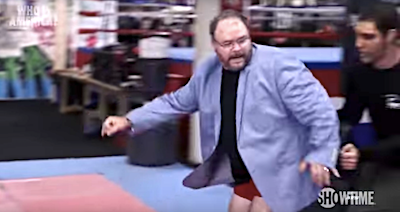 ■ … Speaking of which: A Georgia lawmaker who dropped his pants and shouted racial slurs on Sacha Baron Cohen’s satirical TV series Who Is America? is quitting.
■ The renaming of Congress Parkway in honor of civil rights champion Ida B. Wells is likely to win approval at today’s Chicago City Council meeting.
■ Watch the meeting live, beginning at 10 a.m.

March on Wrigley. The next targets for marchers demanding more action against gun violence and for economic opportunity: Lake Shore Drive and Wrigley Field—in the hours before a Cubs game Aug. 2. One organizer, the Rev. Gregory Seal Livingston, says “people are not going to like us.”
■ A Tribune editorial on thoroughfare-closing protests: “Maybe they become turning points for a divided city.”
■ Illinois ranks above average for U.S. income inequality, but one town here is among the country’s most equal.

Coming to a vacant store near you? Maybe a pop-up restaurant. Mayor Emanuel’s set to propose changing Chicago law to let restaurants choose city licenses for as little as five days.
■ If you live in Chicago, almost a third of your property tax money goes into funds controlled by the mayor—and almost half of that goes to the city’s more affluent neighborhoods.
■ Cook County’s likely next property tax assessor, Democratic nominee Fritz Kaegi, promises ethics reforms on Day One.
■ Crain’s: Mayoral candidate Lori Lightfoot faces blowback for her legal work on behalf of Republican-oriented causes.

Trib sale? Politico reports the Chicago Tribune’s parent company, Tronc, is in the sights of a private equity firm whose bid could total close to $1 billion.
■ The New Republic: Tronc’s been “gouging its own newspapers to pay off investors and executives.”
■ A day after slashing staff at New York’s Daily News, a Tronc exec admitted the company doesn’t yet have an editorial strategy for the paper.
■ Albert Burneko in The Concourse: “In a society not crippled and driven completely insane by capitalism, mother______s would go to prison for this.”
■ Trump calls his FCC chairman’s rejection of Sinclair Broadcast Group’s effort to buy Tronc’s former sibling, Tribune Media (owner of WGN-TV and Radio), “disgraceful.” 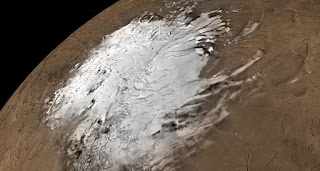 Meanwhile, on Mars … Chances that life exists on the Red Planet are up substantially following discovery of what’s apparently a lake of liquid water beneath the planet’s southern ice sheets.
■ … and it’s probably not the only one.

Hallapalooza’s still on. This weekend’s celebration of live and recorded music will happen despite the death of its founder, beloved Val’s Halla Records store owner Val Camilletti.
■ Camilletti’s WXRT friends Terri Hemmert and Lin Brehmer celebrate her legacy.
■ Best Buy and Target are backing out of the CD business.