Chicago Public Square arrives an hour later than usual today so as to have accommodated an interview on WGN Radio with morning host Bob Sirott. And now the news:

‘These vile horrid acts.’ Gov. Pritzker put off talking about the COVID-19 pandemic at yesterday’s briefing to address the death in Minneapolis of 46-year-old George Floyd after an officer knelt on his neck: “We as people have not yet found the humanity … to truly contend with the racism that permeates our society.”
■ Tribune columnist John Kass: “Sure looks like murder to me.”
■ Fires, violence and looting have accompanied Minneapolis protests.
■ The Trib’s Heidi Stevens: “In case it’s not perfectly clear why it’s reckless and repugnant for a white woman to call the police on an African American man who reminded her to leash her dog in Central Park, George Floyd is the reason.”
■ Chicago police are investigating a Chicago police officer for his work with the Proud Boys, a group of hateful, hateful people, established by the founder of Vice Media …
■ … which happens to have broken this story.

Ready, Chicago? Mayor Lightfoot’s planning to reopen Chicago a bit more in June … but not all the way:
■ Bars and restaurants need to jump through plenty of hoops …
■  …and nonessential stores and commercial office building common areas would be limited to 25% of their normal capacity.
■ Chicago’s state and federal courthouses aren’t rushing to crowd people into jury boxes anytime soon.
■ The U.S. Supreme Court has given Illinois until 8 tonight to answer two churches’ challenge to the governor’s stay-home orders.
■ Illinois’ comptroller says lawmakers won’t be getting raises this year.

Trump’s terrifying tweet. At midnight, the president retweeted a video that featured one of his fanboys exhorting stay-home protesters, “The only good Democrat is a dead Democrat.” (Cartoon: Keith J. Taylor.) 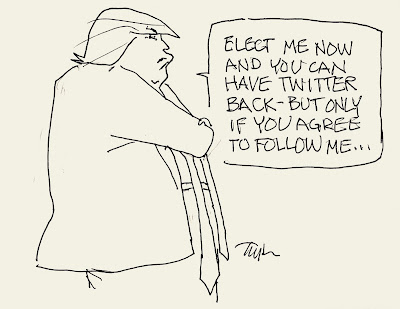 Tootsie Roll tragedy. Two veteran employees of the company’s Chicago’s plant—one for 50 years, the other for 43—are dead of coronavirus complications.
■ Illinois’s now tracking a COVID-19 “recovery rate”…
■ … but the state’s pandemic database has a big hole, WBEZ reports: It’s lacking many patients’ jobs—a key to learning how to prevent future outbreaks.

Missing. Chicago Public Schools administrators concede that, since classes closed for the pandemic in March, they’ve lost contact with more than 2,200 students.
■ The Comp-U-Dopt charity is collecting computers and donations to put used machines into the hands of Chicago-area kids who have none.

CBS 2 cuts. Legendary—and that word is not an exaggeration—investigative reporter Pam Zekman is one of at least a dozen employees laid off at the station as part of network-wide cuts.
■ Media critic Robert Feder also notes departures of celebrated veterans at WBEZ and WFMT radio.
■ Boeing’s cutting more than 12,000.
■ But Chicago’s first downtown marijuana dispensary opened today.

Pandemic etiquette. Judith “Miss Manners” Martin and her adult children share timely counsel for the era of social distancing.
■ Journalist Irv Leavitt recounts the horrible crimes and accidents he’s witnessed—including seeing “the lights go out” in the eyes of a dying stranger—and fears similar sadness coming to everyone’s life.
■ Marker’s Steve LeVine: The coronavirus crisis has blasted the U.S. economy years into the future, accelerating tech trends that otherwise would have played out over decades. 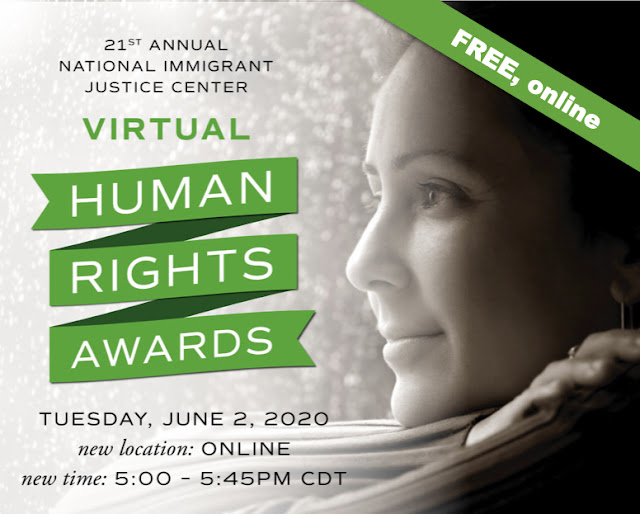 Thanks, Joe Hass, for making this edition better; and Pam Spiegel, for proofreading catches.