‘Darkest winter.’ Whistleblowing government immunologist Rick Bright was scheduled to tell the House today that without the “clear planning” that he’s recommended—and President Trump has ignored—the COVID-19 pandemic will rebound and “2020 will be [the] darkest winter in modern history.”
■ The World Health Organization’s top Europe official: A second wave could prove more deadly.
■ The director of WHO’s emergencies program warns, “This virus may never go away.”
■ Illinois’ public health director is pleading with the public to comply with stay-home orders: “It’s not a hoax.”
■ Cook County’s on track to pass Queens, N.Y., as the county with the most COVID-19 cases in the nation. [Clarification, May 15, 10:24 a.m.: Cook still has a lower rate per person.]

Trump vs. Fauci. The president has publicly broken with his top infectious disease expert, Dr. Anthony Fauci—pronouncing Fauci’s warning that opening schools too soon would lead to unnecessary suffering and death “not an acceptable answer.”
■ The editor of the (conservative) National Review: “If Fauci didn’t exist, we’d have to invent him.”
■ Vox: “60 days into the coronavirus crisis, the White House does not have a plan, a framework, a philosophy, or a goal.”
■ Trump reportedly resisted early massive testing because it would “spook the markets.”
■ ProPublica: “The Trump administration says a new bailout program will help 35 million Americans. It probably won’t.” 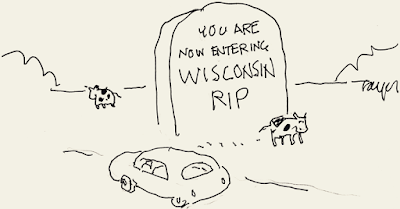 ■ An Indiana barbershop reports a record turnout as it reopened.
■ Armed Michigan schmucks planned a “Judgment Day” demonstration in the state capitol today to protest Gov. Whitmer’s stay-home order …
■ … and some have threatened her with physical violence.
■ USA Today: “California was the first state … to issue a stay-at-home order … and it seems determined to be the last one to open up.”
■ Rebecca Jennings in Vox: “I asked an ethicist whether public shaming serves a social good during the pandemic. She (basically) said no.”

‘Idiots.’ Northwestern University’s Institute of Global Health executive director Robert Murphy has no patience for people pushing to ease up on stay-home rules.
■ Smaller towns outside Chicago are bristling at Gov. Pritzker’s stay-home orders.
■ A federal judge has rejected churches’ suit against those orders.
■ Chicago’s lakefront will stay closed for now.
■ Illinois lawmakers are set next week to return to Springfield for a special session.

Reopening ‘genocide.’ Columnist Irv Leavitt explores the possibility that Southern governors championing a return to normalcy are, as he quotes folksinger Larry Rand, “willing to lose a few thousand Republicans if they can rid themselves of tens of thousands of minority Democrats.”
■ A special project from The Atlantic, “Shadowland,” explores the rise of conspiracy thinking and how we might feel our way out.

Served. The FBI has seized North Carolina Sen. Richard Burr’s phone in an investigation of his sale of stocks before the coronavirus-driven market crash.
■ The Los Angeles Times says that search warrant would have required approval from “the highest ranks of the Justice Department.”
■ An appeals court has given the green light to a lawsuit accusing Trump of violating the Constitution by taking foreign cash in payment at his D.C. hotel.

Shopping shifts. American buying patterns indicate a transition from stockpiling to penny-pinching.
■ The latest national unemployment numbers reveal what the AP calls “a job market gripped by its worst crisis in decades and an economy that is sinking into a severe downturn.”
■ Chicago magazine’s Edward McClelland: Chicago’s “uniquely vulnerable to COVID’s economic fallout.”

Property tax relief. A plan headed to the Cook County Board would give property owners a couple of extra months to pay their bills without penalty.
■ County Board President Preckwinkle was to address the City Club of Chicago today—in a session to stream live on the web at 11 a.m. 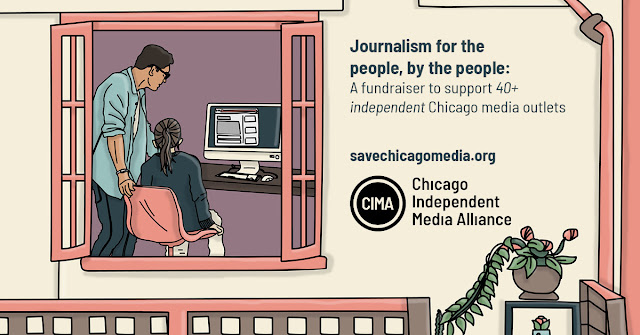 Thanks, Pam Spiegel, for pushing Square to ever-higher standards of typographical excellence.