Love and coronavirus. A University of Nevada epidemiology professor ponders the fate of affectionate gestures in the face of COVID-19.
■ Maybe time to cut back on kissing—humans and pets.
■ At the Economic Club of Chicago, handshakes are out.
■ The virus has now been identified in at least 19 states …
■ … including Illinois, which now has a fifth case: A college student who says, “I’m feeling a lot better.”
■ Ace Hardware is canceling its spring conference, which was to bring more than 14,000 people to Chicago’s McCormick Place.
■ Tech conventions are falling like dominoes.
■ But scientists at Argonne National Lab are on the case.
■ PolitiFact blasts coronavirus myths and offers four real ways to protect yourself.
■ Know who can’t work from home during a pandemic? Bus drivers.
■ Starbucks won’t refill your refillable cup anymore.
■ Britain’s outbreak demonstrates that the toughest decisions in addressing the coronavirus are political, not medical.

Trump’s ‘hunch.’ The president speaking to Fox News about the outbreak: “This is just my hunch … based on a lot of conversations with a lot of people that do this, because a lot of people will have this, and it’s very mild. They will get better very rapidly. They don’t even see a doctor.” But science says the president should keep hunches to himself. 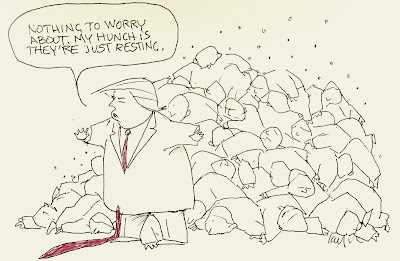 ■ Jimmy Kimmel: “If you’re president of the United States, you don’t go with hunches. You have the world’s greatest scientists at your disposal. You go with them.” Also: “We really would have been better off with a monkey president.” (Cartoon: Keith J. Taylor.)
■ The president abruptly bailed on a visit today to the Centers for Disease Control and Prevention.
■ Time: Experts say the Trump administration’s approach was “doomed from the start.”
■ CNN: The virus is giving the president the leadership opportunity he always wanted—namely, “He rallies the people. Mike Pence governs them.”
■ A U.S. State Department expert warns “the entire ecosystem of Russian disinformation” is spreading falsehoods about COVID-19.
■ At least Congress seems to be taking this thing seriously.

Whither Warren wishers? With Elizabeth Warren out of the running for the Democratic presidential race—and still not having picked a side among the candidates remaining—Illinois politicians who backed her candidacy are on their own.
■ Tribune columnist Eric Zorn: Joe Biden “is more likely than Sanders to stave off … disaster for Democrats.” 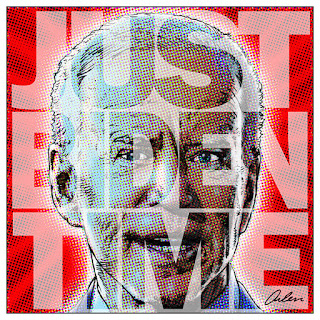 Police union runoff. A second round of balloting for the presidency of Chicago’s Fraternal Order of Police could shift leadership even further to the right.
■ Before she was mayor, Lori Lightfoot wanted to give a civilian oversight board power to fire the police superintendent; as mayor, she’s turned her back on that notion.

Streetwise + YWCA. They’re merging.
■ A new United Way report (PDF download of the executive summary) concludes more than a third of Illinois’ households can’t afford basic necessities.
■ Crain’s: Previously secret documents reveal how Chicago blew its pitch to win Amazon’s second headquarters.
■ CBS Chicago reports on scaffolding in place at a landmark building: “It’s ugly, it’s been there for years, and you paid for it.”
■ The City of Chicago finally controls @Chicago on Twitter.

‘A betrayal of trust.’ ProPublica and the Houston Chronicle have identified dozens of Catholic priests who’ve been credibly accused of sexual abuse in the U.S.—but who then found work abroad, some with the church’s blessing.
■ Search ProPublica’s “Credibly Accused” database by clergy name, diocese or city.

Android alert. More than a billion Android-powered phones no longer supported by security updates are therefore at risk of hacking.
■ Microsoft employees have been hit with COVID-19.
■ Daylight saving time returns this weekend, so it’s time again for a ridiculously detailed guide to how to make the switch.

Last call. This discount offer to mark the start of the third year of the Chicago Public Square member support program ends this weekend: 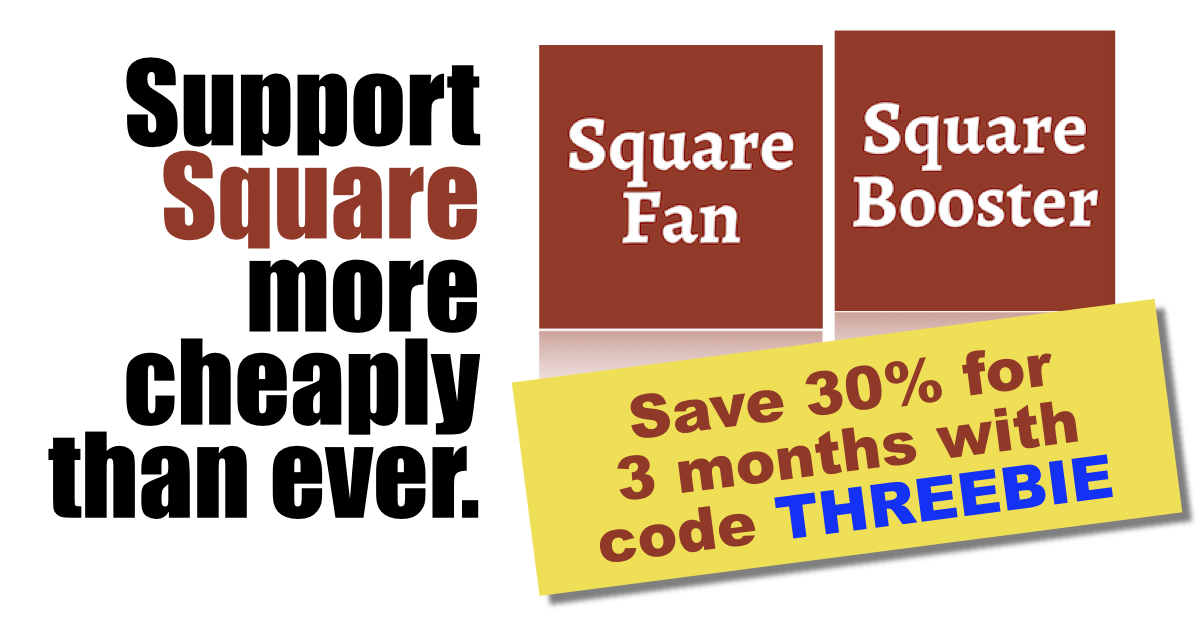