Can they do that? Politico explains that, yes, state and local governments can close private businesses and restrict your movement in the face of the COVID-19 pandemic …
■ … as Oak Park is doing with a shelter-in-place order under an emergency declaration requiring residents to (mostly) stay in their homes as of Friday.
■ Two Rush Oak Park Hospital doctors have tested positive for the virus.
■ Will Chicago follow suit? Mayor Lightfoot addresses the city at 5 p.m.
■ Chicago is suspending the ticketing, booting and towing of illegally parked vehicles—unless they impact public safety.
■ Most of the city’s public libraries will close, although employees say they all should.

Calls for help. Today’s Labor Department report on unemployment claims reflects the virus’ impact.
■ The Illinois Department of Employment Security tackles workers’ and bosses’ frequently asked questions about unemployment in the time of COVID-19.
■ Indiana is offering unemployment webinars.
■ The Washington Post: “As layoffs skyrocket, the holes in America’s safety net are becoming apparent.”
■ Two states have classified grocery clerks as emergency workers.
■ Amazon has confirmed the first known COVID-19 case in a U.S. warehouse.
■ Websites round up the latest emergency measures from the governments of Chicago, the State of Illinois and Indiana.
■ Chicago teachers have tips for parents suddenly in the business of home schooling.

Who gets tested? As concern rises that coronavirus tests are more accessible to the rich and famous, President Trump shrugged: “Perhaps that’s been the story of life.” 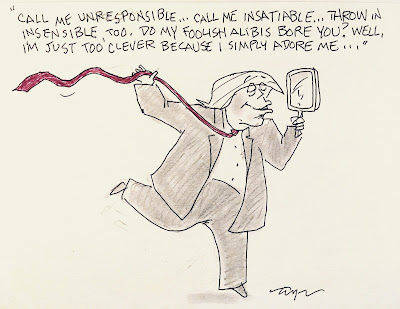 ■ The New York Times: Being rich and famous may indeed help. (Cartoon: Keith J. Taylor.)
■ Two members of Congress—one from each party—have tested positive.
■ A secret recording of a high-ranking Republican U.S. senator caught him warning a private audience three weeks ago that the virus would be bad.
■ Intellectually challenged California Rep. Devin Nunes blames the outbreak on the media.

‘The sky is falling. I say this not to panic anyone but to mobilize you.’ A pediatric surgery fellow issues a plea in The New York Times.
■ As more COVID-19 tests become available, doctors say they can’t be administered because of a mask shortage.
■ The Times’ David Leonhardt: “Hospitals’ hesitance to order ventilators is a problem that only the government can solve.”
■ A Chicago distillery is making hand sanitizer for the front lines.

‘Why are President Trump’s actions still several steps behind?’ CNN’s Brian Stelter has a gazillion questions about the president and the future of news.
■ Premiering tonight: A new HBO documentary, After Truth: Disinformation and the Cost of Fake News.

How long will this last? One disease researcher’s guess: “The best-case scenario is that we have [a] vaccine in 12 or 18 months and then our lives go back to normal.” But the worst-case scenario is significantly worse.
■ Under 50? New evidence suggests you’re not that safe.


Weed wins. A flock of suburbs voted Tuesday to allow recreational pot sales within their municipal limits.
■ A cliffhanger race for the Illinois Supreme Court is over.

Out at WGN. Evening host Justin Kaufmann is departing WGN 720-AM.
■ Hear his farewell: “I am truly humbled that so many people let me into their lives on a nightly basis. My only regret is that I won’t be there for them during this national emergency.”
■ Your Square publisher was honored to be a guest on Kaufmann’s last WGN show.

Reasons to be cheerful. The virus epicenter, Wuhan, has for the first time since January reported no new cases.
■ Mass testing in an Italian town seems to have halted the disease’s spread there.
■ A Chicago coronavirus relief fund raised $8 million in a day.
■ Internet-connected thermometers may prove a surprise tool for tracking the virus’ spread.
■ People are putting up holiday lights as a sign of goodwill.
■ The Hallmark Channel is planning a Christmas movie marathon.

TV to hunker by. Critic Aaron Barnhart has put together a free ebook guide to 40 of the best offerings on Netflix, Hulu, PBS, HBO, Apple TV+, Disney+, and others—arranged by service.
■ A Google Chrome plug-in lets you watch Netflix with friends in an online chatroom.
■ The European Union is asking Netflix to scale back HD offerings to conserve bandwidth.
■ Tonight at 7:30: A free livestream concert aims to raise funds to support Chicago’s theater community.
■ The NBA is considering quarantining enough players to be able to stage virus-free games.

‘I have a new appreciation for a strange religious tradition.’ The Atlantic’s McKay Coppins explains a Mormon practice that seems made for this time.
■ Here’s a salty but funny version of an old military joke—passed down by your Square publisher’s veteran dad—about (link revised) how to make toilet paper last a lot longer.

Thanks to reader Mike Braden for noting an article missing in the line above this one.