■ … who even had trouble ending the thing.
■ Russell Berman in The Atlantic: “Well, that was loud.”
■ Did the audience seem skewed? Slate’s Ashley Feinberg is skeptical: “A vocal contingent of the audience really liked Bloomberg”—who’s not even on the South Carolina ballot.
■ New York Times’ David Leonhardt calls on Democratic Party leaders to step in: “Candidates shouldn’t create footage for Trump’s re-election ads.”
■ The Tribune’s Clarence Page is “longing surprisingly for the days of the smoke-filled room.”

But who won? Vox gives the night to two people: Bernie Sanders and Donald Trump.
■ Sanders took a hit from Elizabeth Warren and Pete Buttigieg over his defense of the Senate’s filibuster rules.
■ Joe Biden promised to make sure “there’s a black woman on the Supreme Court.”
■ Bloomberg almost said he “bought” members of Congress.
■ The Intelligencer’s Brian Feldman: Bloomberg’s social media spending “is remarkable in its uselessness.”
■ Vox’s Ian Millhiser: “Tom Steyer’s push for term limits is a truly awful idea.”

Illinois in the wings. The Trib’s Bill Ruthhart surveys where the presidential races stand for Illinois’ March 17 primary.
■ Want to be an election judge in Chicago or Cook County? You’ll find links to those opportunities and much more in the Chicago Public Square voter guide.

‘A shame.’ The Sun-Times’ Lynn Sweet details the Chicago immigration case at the heart of President Trump’s assault on “the credibility of the Supreme Court.” 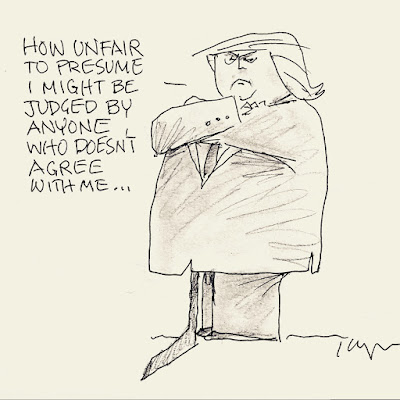 ■ Trump’s asking two justices to recuse themselves from all Trump-related matters. (Cartoon: Keith J. Taylor.)
■ A federal judge says the president’s attacks on a juror who convicted presidential henchman Roger Stone constitute part of a campaign of intimidation.
■ The Intercept: “When two judges moved to protect immigrants from deportation, Amy Klobuchar’s office fought back.”

Blizzard that wasn’t. Chicago-area snowfall looked to top out around 4 inches at most.
■ But Northwest Indiana got smacked.

Gang that can’t shoot straight. Trump and his administration seem unable to get on the same page about the coronavirus.
■ The president’s called a news conference on the threat.
■ A Northwestern University professor: The virus could trigger a U.S. recession.
■ And now it’s in Latin America.
■ University of Arizona profs of law and medicine: Consider putting unvaccinated people on a no-fly list.
■ The Cook County Board would assume more authority over the county health system under a plan up for a committee vote today.

An Impossible choice. The Archdiocese of Chicago isn’t crazy about the notion of Catholics marking meat-free Fridays during Lent by opting for plant-based burgers.
■ How Lent’s changed through the centuries.
■ The Champaign-based Jimmy John’s sandwich chain is in trouble with the FDA, accused of using “adulterated fresh produce, specifically clover sprouts and cucumbers.”
■ Cosi’s back in bankruptcy court.

‘You can’t watch Good Morning America without … a Marvel Avenger appearing.’ ABC News has suspended an award-winning reporter caught in apparently hidden-camera footage complaining about the network’s corporate synergy with parent Disney and coverage in general of “the f------ president.”
■ Marvel superheroes are headed to the Museum of Science and Industry this fall.
■ The Smithsonian Institution is making an “unprecedented” move, releasing 2.8 million images and 3D models into the public domain via an open-access database (that, if a spot-check this morning is any indication, isn’t quite ready for primetime). 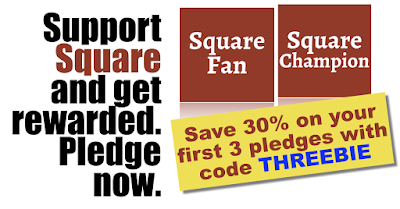 And thanks to reader Mike Braden for noting that “superheroes” isn’t hyphenated anymore.