High times. Now that recreational pot is legal in Illinois, the Sun-Times editorial board counsels, keep an eye on traffic accident stats and emergency room visits. 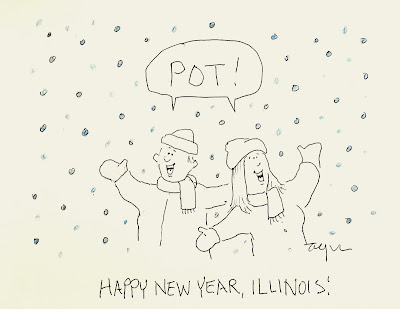 ■ Day 1 generated customer lines that went on for blocks …
■ … in Chicago and the suburbs …
■ … and it lured a bunch of shoppers from Indiana. (Cartoon: Keith J. Taylor.)
■ Among first-day buyers: Illinois’ lieutenant governor.
■ The Grown In: Illinois newsletter: Can bosses keep workers from partaking during off-hours? Sometimes.

Rod Blagojevich, half-baked historian. Illinois’ disgraced and imprisoned ex-governor posited in an opinion piece for the reactionary Newsmax website: “Today’s Democrats would have impeached Lincoln.”
■ But he may have been writing for an audience of one.

Another one down. Ex-Housing Secretary Julian Castro’s shuttering his presidential campaign.
■ Fresh warnings from experts: 2020 election results are at continued risk of cyber attacks and programming errors.
■ Today marks the start of filing for presidential candidates seeking spots on Illinois’ March primary ballot.
■ As the decennial census campaign begins, the Tribune runs down what you need to know.

‘Why I left.’ Google’s former head of international relations, now a Maine Democrat running for the U.S. Senate: “No longer can massive tech companies like Google be permitted to operate relatively free from government oversight.”
■ He tells The Washington Post he was forced out after pushing the company to commit to protecting human rights.
■ Personal information for thousands of patients at a Chicago hospital may have been compromised.
■ The Trib has named the hospital’s CEO one of its executives to watch in 2020.

When Jeopardy! was canceled. TV critic Aaron Barnhart revisits the show’s long-ago first incarnation …
■ … ahead of tonight’s ABC News special on Jeopardy!
■ The jazz trumpeter who voiced classic Schoolhouse Rock! songs including Conjunction Junction and I’m Just a Bill is dead at 88.

‘If you ever get a chance to be a journalist, grab it and hold on tight. It is much, much better than having a real job.’ Gawker veteran Hamilton Nolan reflects on a decade in a profession in which “you won’t make much money, your best stories will be forgotten, and you’ll be doomed to constant disappointment and despair.”
■ Critic Robert Feder looks ahead to the year in Chicago media—including a sequel to 2009’s seminal Chicago Journalism Town Hall. 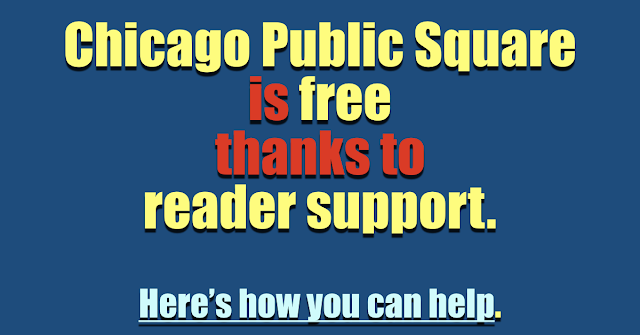 Thanks to reader Joanne Rosenbush for correcting the name of the song Conjunction Junction above.