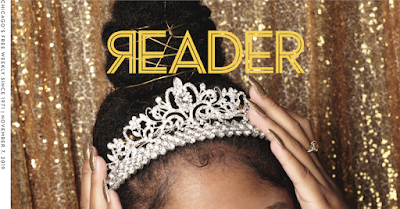 Congrats. You’re reading what voters in the Chicago Reader’s 2019 Best of Chicago Poll say is Chicago’s best blog. And that wouldn’t have happened without supporting readers including Kevin Lampe, Ken Hooker, Ken Hildreth, Ken Davis, Keith Huizinga, Keelin Wyman and Kate Arias. You can bask in the shared thrill of victory by joining them here. And now, the news:

Johnson out. Embattled Chicago Police Supt. Eddie Johnson was set to announce his retirement this morning.
■ Mayor Lightfoot says she has no problem with the elaborate—and unique among big U.S. cities—police security Chicago provides its ex-mayors.
■ WGN-TV: The odds of getting away with murder in Chicago are better than 50 percent.
■ Hate crimes in Chicago are up—and aldermen are connecting those dots to Donald Trump. 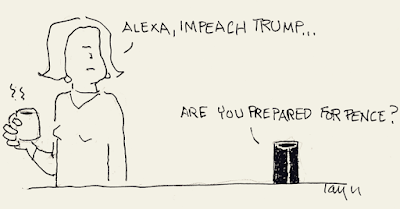 ■ Columnist Neil Steinberg confronts fears Trump won’t go. (Cartoon: Reader Best Visual Artist and Best Comics Illustrator finalist Keith J. Taylor.)
■ Not The Onion: Trump has reportedly been talking to The Apprentice creator about their next TV show.
■ The forthcoming White House tell-all book from “Anonymous” contends members of the Trump team expected Vice President Pence to support removal of the president under the 25th Amendment …
■ … but Pence’s press secretary denies it.
■ Peter Nicholas in The Atlantic: Trump is all alone—and that’s a problem.
■ The impeachment hearings will be televised …
■ … and will feature at least three star witnesses.
■ Among the winners in Tuesday’s elections: A woman who lost her job after flipping off Trump’s motorcade.

An anti-endorsement. The Nation comes out against Joe Biden for the Democratic presidential nomination: “His long record of poor judgment and cozying up to bankers make him the wrong candidate.”
■ Elizabeth Warren has landed an endorsement from an influential group of black female activists.

‘Do not tax our people.’ A coalition of Chicago ministers warns that Mayor Lightfoot’s proposed anti-congestion tax on ride-sharing would disproportionately hurt the poor.
■ A longtime Chicago Baptist pastor is quitting after confessing he sexually abused an underage female relative when he was a teenager.
■ Citing government investigations that were never conducted, Chicago’s Catholic Archdiocese announced that Cardinal Blase Cupich had cleared a priest accused of child sexual abuse.
■ Citing health and safety code violations, Orland Park is moving to shut down a church-run shelter for the homeless.

Google’s Chicago plex. The company’s planning a Near West Side expansion that would make it one of the city’s biggest office tenants.
■ A new study warns that disinformation remains plentiful on Facebook.
■ A former editor at the late, lamented Splinter warns of “The Death of the Rude Press”: “If your local media has no place for people who voice contempt for your city’s police chief, say, or your state’s attorney general, or the publisher of your city’s largest newspaper, all of those people will feel more comfortable in abusing their power.”

HIV, again. For the first time in almost two decades, researchers have identified a new strain of human immunodeficiency virus.
■ A new national report card gives five Chicago hospitals D’s for patient safety.
■ The Washington Post: A lawsuit accuses Walgreens, at the height of the opioid crisis, of failing to report suspicious orders and prevent diversion to the black market.
■ Growing evidence suggests the water you drink isn’t as safe as you might’ve thought.

Too soon? Consumer Reports turns a discerning eye on holiday shopping deals out there already.
■ Mayor Lightfoot vows to extract a price from companies that get incentives to open in Chicago—and then skip town, as Target did with two stores.

The live Chicago Public Square Podcast series is back. You can be there—cheap: 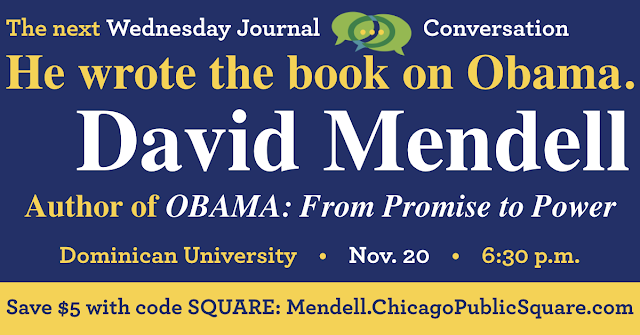 Thanks to eagle-eyed reader Mike Braden for a typographical tip this edition.