‘Trump is unfit.’ That’s conservative radio prattler and ex-Tea Party congressman from Illinois Joe Walsh, in The New York Times, calling for a Republican to challenge President Trump in the primaries: “In Mr. Trump, I see the worst and ugliest iteration of views I expressed for the better part of a decade.”
■ Walsh on CNN: “I apologize for the role that I played in putting an unfit conman in the White House.”
■ The Week’s Windsor Mann: “Trump’s presidency … will end in disgrace. And when it does, Trump’s defenders will turn on him.”
■ Developing story: In an unprecedented move, the president is urging Israel to deny admission to two Muslim Democratic members of Congress. (Update, 10:26 a.m.: Israel did it.)
■ The No. 3 Republican in the U.S. House is calling on racist—and rape-sympathetic—Republican Iowa Rep. Steve King to quit.
■ The Trib’s Steve Chapman on the prospect Texas will flip Democratic: “Republicans … would be wise to join with Democrats now in pushing to elect presidents by popular vote. Because once Democrats have the upper hand in the Electoral College, they may just decide to keep it.”
■ The New York Daily News reports the ancestors of Trump’s acting director of U.S. Citizenship and Immigration Services, Ken Cuccinelli—who says the Statue of Liberty was about “who can stand on their own two feet and who will not become a public charge”—were “dirt-poor Italian immigrants—no different than those Trump wants to bar.”

That sinking feeling. Updating coverage: A day after Wall Street’s worst day of the year, global stock markets around the world began Thursday headed down again … 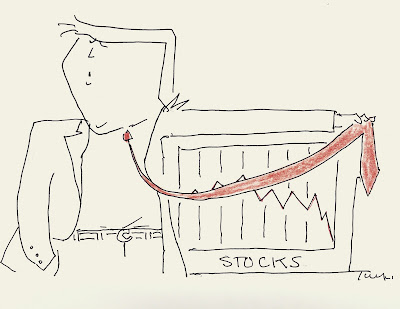 ■ … fueling the rise of a Twitter hashtag: #TrumpSlump.
■ Vox explains why inversion of the yield curve gave the financial industry heebie-jeebies. (Cartoon: Keith J. Taylor.)
■ The New York Times’ “1619 project”: You can trace American capitalism’s brutality back to the mechanics of plantation slavery.

‘That’s ridiculous.’ Tribune columnist Dahleen Glanton on an Illinois law that let police charge five Chicago kids with a murder police know they didn’t commit*: “There’s a lot about this incident in rural Lake County that is troubling.”
■ Three of those charged in connection with a homeowner’s deadly response to an attempted car theft are brothers—cousins to the dead teenager.
■ Vandals early today smashed the windows of more than a dozen cars at a downtown Chicago parking garage.

5 things about Dorothy Brown. The Sun-Times recaps five fiascos from the tenure of the retiring-if-not-convicted-first Cook County circuit court clerk.
■ Politico’s Shia Kapos rounds up a list of potential candidates to replace Brown … and, further down, says Illinois Secretary of State Jesse White is ready to call it quits after this term.

Jumping worms. An invasive species is showing up, the Trib says, basically everywhere in Chicago.
■ A worm-powered toilet may be in your future.

Thanks for visiting. On her way out from the top spot at the organization that owns Chicago public radio station WBEZ—to become CEO of New York Public Radio—Goli Sheikholeslami tells her new employer’s Gothamist website: “When I got the job in Chicago … I actually kept my place in New York because I have a deep affinity for New York.” (Fourth item in Robert Feder’s post.)
■ Also: “I am a New York pizza person.”
■ But on Sheikholeslami’s watch, Crain’s reports, WBEZ’s journalistic staff nearly doubled.

Unmoving. The revival of O’Hare airport’s “people mover” transit system has been delayed again from next month until—maybe—Thanksgiving.
■ Thanksgiving travel could be crimped by the grounding of Boeing’s 737 Max 8. 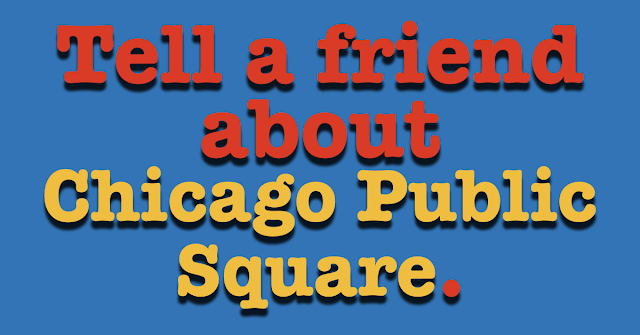