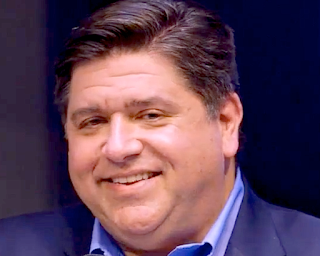 ■ … in a ceremony broadcast live on the web beginning at 10:30 a.m. …
■ … to be followed by a celebratory concert reportedly featuring Paul McCartney. Update: 10:25 p.m.: Didn’t happen. (2017 photo: Chi Hack Night.)
■ Rich Miller at Capitol Fax: As Gov. Rauner departed the General Assembly last week, lawmakers applauded, but “several explained later that they weren’t cheering for him. They were, instead, cheering his final exit.”

Chicago’s vote. Nonpartisan media and civic organizations are teaming up to launch a guide to next month’s city elections, Chi.vote.
■ Fifteen candidates for mayor have agreed to meet with the Tribune editorial board this week, and you can watch live.
■ Candidate Toni Preckwinkle says she’d stop work on a much-protested new Chicago police academy.
■ PolitiFact gives candidate Susana Mendoza a “mostly false” rating for her condemnation of a “commuter tax” on suburbanites.
■ The Sun-Times’ Laura Washington: A split black vote could doom black candidates.

Stadium, no. Park, yes. To win over community critics and fast-track plans for the massive Lincoln Yards development on Chicago’s North Side, developers have replaced plans for a soccer stadium with recreational open space.
■ A Tribune editorial pleads for an upgrade to downtown Chicago’s underground pedestrian walkway: “The Pedway … is tantalizingly close to something so much better.”
■ The ACLU: Chicago cops have been stopping fewer pedestrians—but waaay more drivers.
■ The Pace suburban bus service has plans to win back its dwindling ridership.
■ 2019 has brought new rules for Illinois drivers. 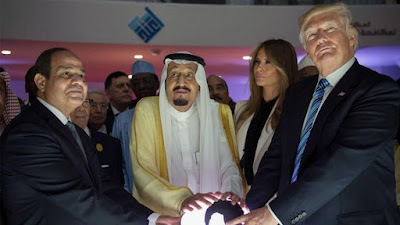 No. 50: Trump touches the magic orb. At the midpoint of Donald Trump’s term—if not his presidency—The Atlantic dissects 50 moments that have defined Trump’s “improbable presidency.”
■ The Week: The five most likely Trump impeachment scenarios.
■ CNN: Congressional transcripts indicate senior FBI officials debated whether Trump has been “following directions” from Russia.
■ David Frum in The Atlantic: Congress should subpoena Trump’s translator from talks with Russia’s president.
■ Trump is backing away from his “national emergency” schtick …
■ … and his pick for attorney general reportedly planned to tell Congress “it is vitally important” special counsel Mueller be allowed to wrap up the Russia investigation.
■ A Trump administration plan to give more companies—in Illinois and 12 other states—power to block employees’ birth control coverage has run afoul of a federal judge.

Journalism tremors. A hedge fund with a reputation for gutting newspapers has set its sights on one of the nation’s biggest newspaper companies: Gannett, publisher of USA Today.
■ The Sun-Times is returning to a consolidated comics section. (Fourth item in Robert Feder’s post.)

Hero or Nazi? A Chicago woman raised to believe her grandfather was a World War II champion has discovered a 1933 pamphlet in which he ranted against Jews as Lithuania’s economic exploiters.
■ The hunt for books the Nazis stole is growing in Europe’s libraries.

Like Square? Thank those whose contributions make it possible. And please consider joining them.