‘Cruel and dumb.’ A Sun-Times editorial condemns President Trump for the ongoing federal budget standoff that means no paycheck today for 800,000 government employees …
■ … some of whom endured Chicago’s cold yesterday to protest.
■ At Trump’s White House, empty desks are increasingly a thing.
■ Columnist Neil Steinberg explores why Trump lies.
■ Media Matters says one of Trump’s acting associate Social Security commissioners has “argued against contraceptives because ‘condom use robs’ women of the ‘remarkable chemicals’ in semen.”

R. Kelly may have to fly … from his Near West Side hangout. Lawyers for the City of Chicago say he’s illegally using the warehouse as a studio and a residence …
■ … outside of which protesters rallied yesterday.
■ One of Kelly’s pals is “a person of interest” in the shooting threat that shut down last month’s preview of Lifetime’s documentary on Kelly.
■ Apparently unironic AP headline: “R. Kelly’s streams increase after docu-series alleges abuse.”

‘Something smells bad.’ Trib architecture critic Blair Kamin says the alderman with clout over whether a massive new development goes up on Chicago’s North Side seems to have “climbed aboard the Rahm ‘Get Lincoln Yards Done Now — Before I Turn Into a Lame Duck’ Express.”
■ A Trib editorial: “Too many questions loom over Lincoln Yards for it to get fast-tracked through City Hall without more public input.”

Home security leaks. The Intercept says Amazon’s line of cameras hasn’t been so secure: For those with the right access, “only a Ring customer’s email address was required to watch cameras from that person’s home.”
■ AT&T says it’ll stop selling its customers’ location data—which was falling into the black market.

Child bride revelations. Government data obtained by The Associated Press shows that, over the last decade, the United States has approved thousands of men’s requests to admit child and adolescent girls brides to live with them here.
■ Updating coverage: Police in Wisconsin plan a news conference to discuss the location of a 13-year-old girl who’d been missing since her parents’ deaths in October. 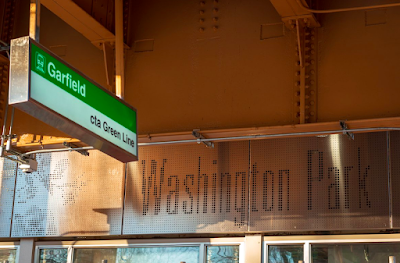 CTA station reborn. Renovation of Chicago’s first elevated train station is complete—with lots of new public art to boot.
■ Sunday brings the CTA Chicago’s version of the No Pants Subway Ride—an improv event born in New York in 2002. You’ve been warned—or, depending on your inclination, invited.

New planeteer. A 22-year-old University of Chicago graduate student, Adina Feinstein, gets credit for helping discover a planet 226 light years away.
■ One Illinois: A U. of C. neonatologist who’s moonlighted for decades as a singer-songwriter is lately winning a rash of critical acclaim.

Thanks … for insight this time out from Politico’s must-read—and free—Illinois Playbook newsletter, presided over by Shia Kapos and Adrienne Hurst.
■ Update: And thanks to reader Mike Braden for a wording correction on the child brides item above.

Have you found this edition of Chicago Public Square useful? Consider pledging a few cents a day to keep Square going and growing.