Strike struck. After almost a week, teachers at a network of Chicago charter schools are ending their walkout and students are back in class …
■ … but the strike may trigger nationwide repercussions.

‘That can plague her in the campaign.’ Former Obama presidential adviser David Axelrod handicaps the huge field of Chicago mayoral candidates and tells the Sun-Times he sees a weakness in one of the most prominent contenders.
■ He also recalls his time as a reporter covering Jane Byrne’s and Harold Washington’s historic campaigns for mayor.

Trump’s quest. Updating coverage: An orderly succession now out the window, the president’s in the hunt for a new chief of staff to replace John Kelly.
■ The New York Times’ Maggie Haberman: “As President Trump heads into the fight of his political life … he finds himself in the unaccustomed position of having no obvious second option.”
■ Washington Post columnist Dana Milbank: “It is the considered view of Individual-1’s Justice Department that Individual-1 participated in a felony violation.” 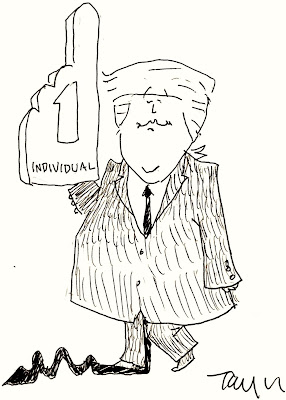 Where were you? The New York Times says your phone’s apps know—and they’re not keeping it secret.
■ Reporters share stories behind the story in the Times podcast The Daily.
■ The University of Illinois is launching a new center to study autonomous technology—like self-driving cars and robotic assistants.

Happy birthday, Blago. Illinois’ convicted ex-governor turns 62 today …
■ … a decade and two days after his arrest on corruption charges—a story the FBI’s two lead investigators in the case recall this way …
■ … and seven years and three days after his sentencing—as heard that day on the radio here.

Everybody’s doin’ it. The roster of news organizations getting into the daily podcast business grows almost by the day …
■ … and Google’s developing “an audio news playlist assembled in that moment, for you” …
■ … which echoes a project your Square publisher helped launch five years ago (2013 link).

Operation Santa. For more than a century, the U.S. Postal Service has matched letters to Santa Claus with volunteer gift-givers—and Chicago has one of the nation’s biggest programs.
■ The Sun-Times Charity Trust has a similar program—to which you can donate a gift or cash.
■ 100 Christmas songs, ranked ruthlessly.

Thanks. Charlie Schumacher provided inspiration for this edition of Square.