CTA shooting. The hunt was on for a gunman who last night shot another man at close range in a walkway linking two downtown subway stations.
■ Chicago’s quietly repealed what the ACLU and others called an unconstitutional ban on aggressive panhandling.
■ The city’s planning to take over abandoned railroad tracks—aiming to create a new public transit route linking downtown and Lincoln Park.

‘Some Chicago election officials have never seen the like.’ Tribune columnist John Kass shares the story of a challenge to the candidacy of “a conservative Southwest Side teenager” running for alderman …
■ … whose past includes “waving a Trump flag and a ‘Hillary for Prison’ sign outside a polling place.” (Link from last month.)
■ Cook County Board President Toni Preckwinkle’s ex-security chief says she fired him to save her mayoral campaign.

Duck, duck, go. The Trib’s Eric Zorn calls for an end to lame-duck political tenure: “In nearly every other job, when you get fired, you hand in your credentials immediately. … You don’t get several extra months to exercise the power and privilege of your position.” 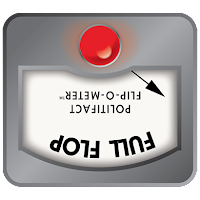 Sneed: Less to say. The Sun-Times is cutting Michael Sneed’s longtime gossip-and-scoops column back to one day a week in print.
■ Columnist Steve Rosenbloom is signing off after decades at the Trib: “Who knows, in a couple of years I could be asking if you want paper or plastic.”
■ The chief of the TV company positioned to buy WGN-TV and -AM tells Crain’s he “doesn’t have an allergic reaction to radio,” but he also doesn’t see Nexstar building out a radio portfolio.

Robocall rebellion. Illinois and 38 other states are banding together to end the plague of automated phone messages …
■ … one of the few issues that seem capable of uniting a divided Congress. (Nov. 16 link.) 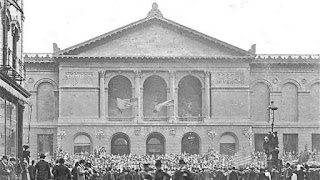 Free Saturday morning? To mark its 125th anniversary, the Art Institute of Chicago is inviting the public to come help restage a historic photo.
■ Why Barack Obama can’t be buried at his presidential center in Chicago.

Corrections.
■ Reader Crissy Terawaki Kawamoto writes: “I have to point out the Medill F” in yesterday’s Chicago Public Square: “You left out an e in Mueller.”
■ And Mike Braden noted an article missing from yesterday’s Square item about North Carolina’s election fraud investigation.