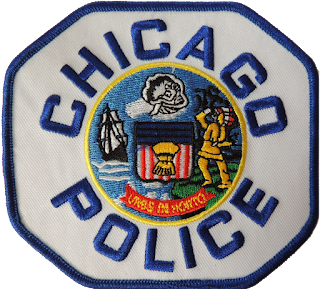 Cops killed. Two Chicago police officers chasing a gunman onto Metra tracks last night were fatally struck by a train …
■ … prompting another procession to the morgue early today.
■ Led in part by Chicago stats, crime and murder are down in America’s big cities for 2018.

Almost everyone vs. Preckwinkle.
■ Mayoral candidate and Cook County Board President Toni Preckwinkle says she’ll fire Chicago Police Supt. Eddie Johnson if she’s elected. Mayor Emanuel and Johnson aren’t taking that lying down.
■ Candidate Susana Mendoza slams Preckwinkle’s petition challenges: “It’s shameful that … the highest-ranking woman in county government, in the Year of the Woman and the age of Trump, would try to silence the voices of five women of color.”
■ Candidate Lori Lightfoot wants Preckwinkle to get a bag of coal for Christmas.
■ Ex-top cop Garry McCarthy’s spot on the ballot is safe after candidate Paul Vallas dropped a petition challenge.
■ Eight candidates outlined their vision for Chicago’s West Side at a forum last night.

Priests’ predation. A new report finds 18 Jesuit priests assigned to Chicago-area schools and churches in the Chicago area have been accused of engaging in sexual abuse between 1944 and 2005.
■ Here’s the list.


‘Good luck today in court.’ Via Twitter, President Trump sent positive thoughts to his convicted ex-national security secretary Michael Flynn: “Will be interesting to see what he has to say … about Russian Collusion.”
■ CNN: The mystery of Flynn’s fall from grace.
■ Updating coverage: Flynn’s sentencing.
■ From May: “Trump’s bizarre understanding of Capitalization is surprisingly Strategic.”

Facebook boycott. A venerable civil rights group is returning Facebook’s donation and calling on its supporters to log out for a week to protest new evidence Russians used Facebook disproportionately to subvert black voters in the 2016 election.
■ Vox debunks the president’s contention Twitter has it in for him.
■ Newly exposed malware “uses Twitter as an unwilling conduit in communicating with its malicious mothership.”

Is your boss a rat? Chicago’s new 311 app has you covered on both counts—letting you submit reports of rodent infestations and employer wrongdoing, along with many other service requests.
■ Police say thieves have stolen packages from one Chicago block four times in recent days …
■ … but people across the country are fighting porch piracy with poop, air horns and cameras.

‘Build the (fish) wall!’ Chicago paleontologist, geologist and ecologist Roy Plotnick assesses the threat Asian carp pose to the Great Lakes: “The rate and magnitude of species movement … unprecedented in Earth history … will far outweigh the arrival of a few thousand desperate people at our border.”
■ Mother Jones: “Scientists Are Using Penguin Poop to Understand How Climate Change Is Affecting the Arctic.”
■ The New York Times: “The Earth’s Shell Has Cracked, and We’re Drifting on the Pieces.”