‘What the hell are you doing in my courtroom?’ A judge let a kid charged with e-blasting a swastika to students at a suburban high school off easy, telling his parents to “set restrictions you deem appropriate.”
■ Tribune columnist Rex Huppke on a damning photo of Baraboo teenagers: “That’s not a Nazi salute. That’s just the Wisconsin Wave!”
■ In Baltimore, a man shouted “Heil Hitler, Heil Trump” during intermission at a performance of Fiddler on the Roof.
■ NPR Illinois commentary: Why Is Deerfield (Still) So White?

‘He never gave him a chance.’ A witness says a Midlothian cop who shot and killed a security guard who was trying to subdue a gunman didn’t give the guard time to explain the situation.
■ A lawyer says the guard was working extra shifts to buy Christmas gifts for his 9-month-old son.
■ A new federal report urges the Justice Department to keep closer watch over civil rights abuses by local police departments.
■ Kentucky’s Republican governor blames mass shootings on zombie TV shows.

Parking ticket reforms. The Chicago City Council has taken a few steps toward solving a problem it created: Exploding debt and bankruptcy rates in black neighborhoods—triggered by motorist fees and fines.
■ Agitated supporters of Chicago’s celebrated Hideout bar and music venue showed up last night to demand the city slow development of the massive Lincoln Yards project, which threatens the club with extinction.

‘End … this scourge.’ An alderman trying to quit smoking is leading an effort to ban all menthol-flavored tobacco products.
■ The Illinois Senate is sending the House a plan to override the governor’s veto and raise the statewide minimum age for purchase of tobacco to 21.
■ The feds may beat the city and the state to the punch. 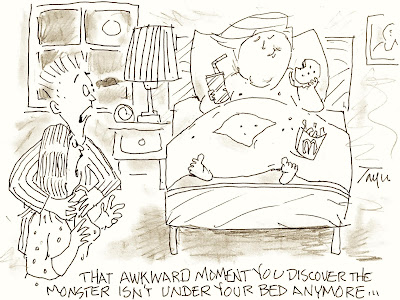 ‘Who does Facebook fire?’ Recode’s Kurt Wagner suggests at least some heads should roll after a New York Times report on the company’s “Delay, Deny and Deflect” approach to Russian political interference.
■ Facebook says it’s cut ties with the consulting firm that spread disparaging information about its critics and competitors.

Thanksgiving travel outlook. Not too bad.
■ A Wisconsin company is giving its employees guns for Christmas.

Corrected corrections corrected.
■ Yesterday’s Square misattributed credit for corrections to Tuesday’s Square. Michael Weiland noted the incorrect link to Square’s new corrections policy. Barry Koehler was first to report a missing word. And Mike Braden gets credit for noting that he wasn’t first to report that missing word—and for reporting a redundant Chicago in yesterday’s issue.
■ And if all of that hasn’t soured you on Chicago Public Square’s value, thank those whose support keeps the corrections (and the news) coming—including Anna Tarkov, the Rev. Alan Taylor and Scott Tindale. You can join them for as little as $5 a month here.