Chicago Public Square comes to you through the underwriting generosity of people including Teresa Powell, Theresa Jabaley and Thom Clark. Why not you, too? And now the news: 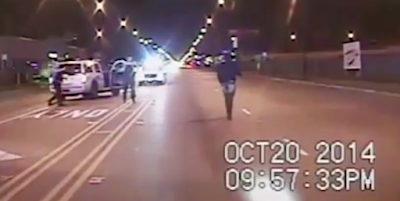 Riot warning. Lawyers for Chicago cop Jason Van Dyke—who want his trial moved out of Cook County—are warning the court that if he’s (corrected) not found guilty in the 2014 shooting death of Laquan McDonald, “the community will riot.”
■ The trial will be televised.
■ Tribune columnist Mary Schmich: McDonald’s death has given Chicago “the opportunity for repair.”

‘I’m pissed and tired.’ That’s one of several Chicago visitors unsympathetic to hotel workers’ strike …
■ … which has expanded to a 26th joint.

Chicago’s petition trap. The Trib’s Eric Zorn flags a little-known provision of the law: You’re allowed to sign only one nominating petition for a specific race—and later signatures not only don’t help but can also hurt those other candidates.
■ How to run for Chicago mayor … or any other office in the city.
■ The Sun-Times’ Neil Steinberg: Toni Preckwinkle is “our best hope.”
■ Mayor Emanuel’s embracing a study of a “universal basic income” that would give needy Chicago families a basic monthly stipend—no strings attached.
■ The end may be near for Chicago’s horse-drawn carriages.

Volunteer. Pedophile. Dead. The Trib has pried loose a long-buried Chicago Public Schools report detailing how the system ignored warnings in a horrific case of sexual abuse.
■ The pope is convening an unprecedented meeting of Catholic leaders to address the church’s festering sexual abuse scandal—but not until February.
■ Comedian Norm Macdonald’s defense of disgraced comics Louis C.K. and Roseanne Barr got him canned from last night’s Tonight Show. 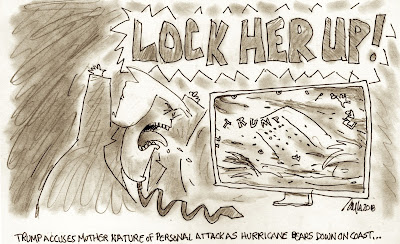 ‘Tremendously big and tremendously wet.’ President Trump acknowledges Hurricane Florence is a menace, but he says his administration is “totally prepared” for it.
■ And he calls his administration’s response to the hurricane that devastated Puerto Rico in 2017 “an incredible unsung success” …
■ … even as his Federal Emergency Management Agency concedes millions of bottles of water meant for Puerto Rico sat undistributed at an airport for more than a year. (Cartoon: Keith Taylor.)
■ Updating coverage: The Carolinas brace for a drenching.
■ The Guardian wants your Florence stories.

‘You’ve got to grease them.’ That’s Trump, quoted in Bob Woodward’s new book, Fear, explaining how he gets “all these f—ing Democrats” running “all the cities”—including Chicago—to let him “build hotels.”
■ A woman fired from her job after flipping off Trump’s motorcade is running for office.

Vaping ‘epidemic.’ The U.S. Food and Drug Administration says it’s is ready to outlaw flavored electronic cigarettes unless the industry can show it’s working to keep them away from children and teenagers.
■ Johns Hopkins: 5 things to know about vaping. 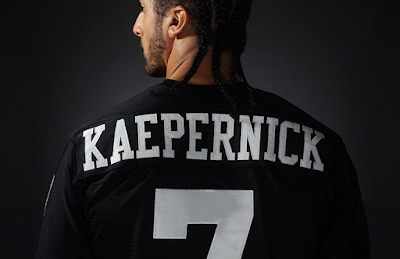 Kaepernick sells out. Ostracized NFL player and social justice advocate Colin Kaepernick says that, within hours, he sold all the “#ImWithKap” jerseys offered on his website.
■ Citing Nike’s promotional deal with Kaepernick, a New Orleans-area mayor has banned the purchase of Nike stuff by his city’s rec centers.

Take this job and … Job-quitting in the U.S. has reached unprecedented levels.
■ New studies credit higher Midwest wages in Illinois and Minnesota—but not Wisconsin—to the strength of unions.
■ Takeda Pharmaceuticals is closing its Deerfield HQ and moving to Boston.
■ The Better Business Bureau is awash in complaints about a Chicago company that buys and resells diabetic testing supplies.

Apple peals at noon. The company announces its newest products today in an event you can follow live on the web.
■ VICE News from two years ago: People clap for almost anything during Apple events.

This is not a funny story.
A novelist who wrote an essay titled “How to Murder Your Husband” has been charged with murdering her husband.

Announcements.
■ Thanks for corrections in this update to Stephan Benzkofer, Ted Cox and Mike Braden.
■ Your Square publisher moderates a Publicity Club of Chicago luncheon downtown today spotlighting editorial board members from Chicago-area newspapers. Come on down.
■ Your Square publisher serves as panelist for “A Conversation on the Illinois Governor’s Race,” Thursday evening in Arlington Heights. Free!
■ Chicago Public Square is proud to co-sponsor of the 2018 Studs Terkel Awards, honoring great Chicago journalism. 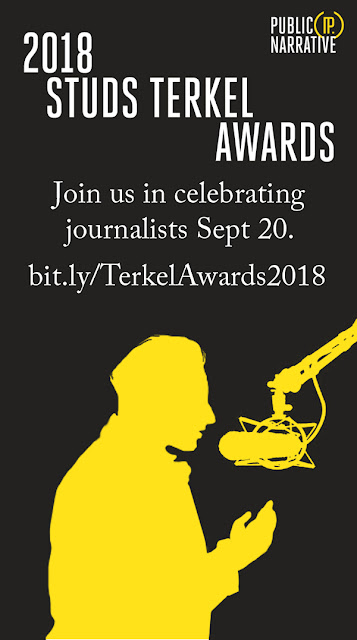