Do you like Chicago Public Square? The Skubish Family, Susan Benloucif, Susan Swords Steffen, Susy Schultz, Suzanne Vestuto and Suzy Carlson do—so much so they’ve agreed to kick in a few pennies a day to keep it coming. Join them here. And now the news: 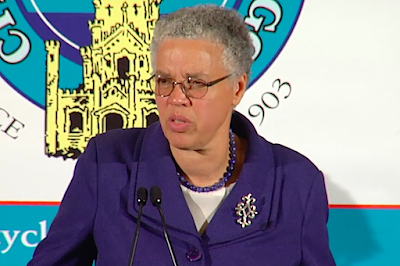 Preckwinkle’s nod. Cook County Board President Toni Preckwinkle, who has yet to declare formally her candidacy to succeed Mayor Emanuel, is nevertheless reportedly circulating petitions to get on the ballot. (2016 photo: City Club of Chicago.)
■ But Cook County Clerk David Orr is out.
■ With “Mayor Vader” gone, at least one alderman says incumbent City Council members may have an easier time holding onto their seats.
■ Ex-Gov. Pat Quinn’s efforts to limit future mayors to just two terms has lost a round—but not the final round.
■ A Tribune editorial praises Emanuel’s schools policy for having “focused on measurable results”—and frets about what’s next.

‘A wealthy chicken’ in disguise. Columnist Rex Huppke clucks at gubernatorial candidate J.B. Pritzker’s refusal to debate the other candidates before the Tribune editorial board.
■ Final attendance figures for the Illinois State Fair show attendance up for Democrat Day but down for (Republican) Governor’s Day.
■ FiveThirtyEight runs down what to watch in this week’s final round of state political primaries.

Dirty business. The Trib runs down five things to know about Chicago hotel workers’ strike …
■ … which is leaving rooms dirty and check-ins delayed. 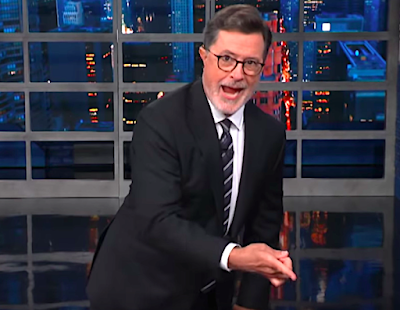 ‘That’s an impressive way to open a bottle.’ Stephen Colbert took a parting shot at his canned boss, CBS chairman Les Moonves, who was accused in The New Yorker of telling a female TV exec he was leaving the room to get a glass of wine and returning, aroused and without pants.
■ The resignation of Moonves—“perhaps the most powerful media executive in America”—doesn’t end questions about the company’s culture …
■ … including the guy who runs 60 Minutes.

‘I may be a white person, but that’s not all I am.’ Columnist Neil Steinberg finds “being put in the slurry of generic white people a little off-putting.”
■ America to Me director Steve James (speaking tonight at Dominican University—see the ad at the bottom of this issue) talks about a suburban high school’s clampdown on students’ racial taunting at sports events: “Why has it taken so long?”
■ Guess which of Chicago’s wealthy suburbs has the weakest market for housing? 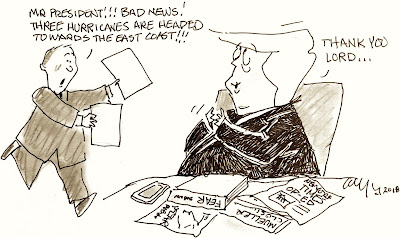 Florence and the foreseen. Updating coverage: Hurricane Florence could hit the North Carolina with its most devastating weather in 60 years …
■ … from which a million people have been encouraged to flee …
■ … with more big ones not far behind. (Cartoon: Keith Taylor.)
■ Illinois’ only national scenic river faces a threat of sudden and disastrous coal ash contamination.

Evil not so bad after all? Months after striking the phrase “Don’t be evil” from its corporate code of conduct, Google is collaborating with China’s government on what Foreign Policy calls a censored search engine.
■ Speculation runs hot as Apple preps for rollout Wednesday of the next generation of iPhones.


Save $5 with promo code SQUARE.
Questions for Steve James?
Send them to AmericaToMe@ChicagoPublicSquare.com. 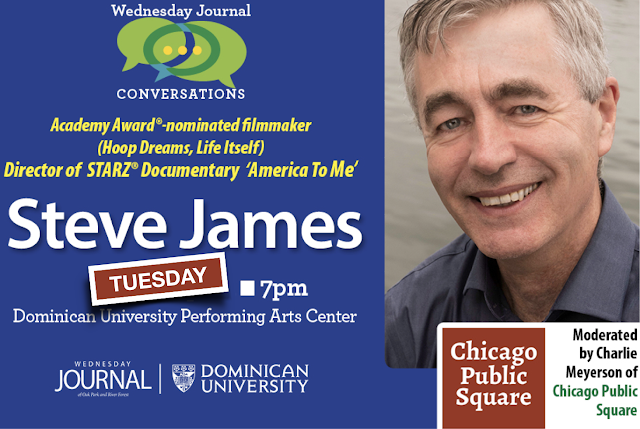 Corrections. Missing from the emailed edition of yesterday’s Chicago Public Square:
■ A link to the story of a kid-powered Sept. 11-inspired charity that aims to raise $40,000 in its 17th go-round today.
■ A closing quotation mark in an item about Gov. Bruce Rauner.
■ And, as reported by reader Mike Braden, the word burning from a link to the story of a doomed grandfather who dropped a boy to safety from a home in flames.