This episode of Chicago Public Square is brought to you in part through the generosity of The Legion of Chicago Public Squarians, including Aaron Barnhart, Susan Beach, Stephan Benzkofer, Martin Berg, Joan Berman, Mike Braden, Jameson Branson, Mena and David Boulanger, and Janean Bowersmith. And if your last name begins with C, act now to see it here tomorrow.

Treason? Does President Trump’s widely denounced appearance with Russia’s president, Vladimir Putin, rise to the definition of giving aid and comfort to enemies—a crime for which federal law demands one “shall suffer death, or shall be imprisoned not less than five years and … shall be incapable of holding any office under the United States”? 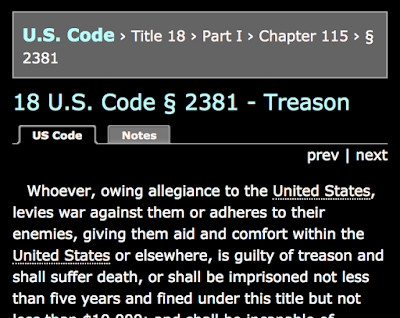 ■ Ex-CIA Director John Brennan: Yes.
■ The Washington Post’s Fred Barbash: No.
■ A Harvard law prof: The answer may hinge on the definition of “war.”
■ Talking Points Memo’s Josh Marshall: “Either by fear or avarice or some other species of control that exceeds the capacity of my imagination, Russia exerts a control over President Trump. So the U.S. is in grave danger.”
■ Politico’s Jack Shafer: “Some Dare Call It Treason.”
■ The author of None Dare Call It Treason—a self-published paperback that ramped up anti-Russian paranoia in the ’60s—is dead at 90.

Republican disarray. The president’s Putin-polishing is drawing broad disapproval from prominent members of the president's party.
■ Ex-California Republican Gov. Arnold Schwarzenegger: Trump sold out “our intelligence community, our justice system and worst of all our country.”
■ An ex-Iowa state lawmaker is quitting the Republican Party.
■ Ex-Illinois Republican U.S. Rep. Joe Walsh, a reliable blowhard for conservative hyperbole, calls Trump “a traitor.”
■ But ex-KKK leader David Duke still has the president’s back.
■ And President Trump seems to think Republican Sen. Rand Paul does, too. 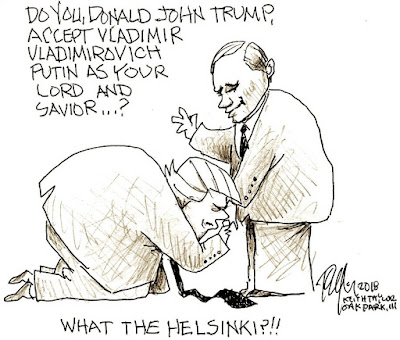 ‘The Russia infiltration plot was not dependent on Trump.’ The Daily Beast’s Michael Tomasky sees “bombshell” details in the Justice Department’s arrest of National Rifle Association-linked Russian gun advocate Maria Butina.
■ The Daily Beast on Butina in February 2017: “The Kremlin and GOP Have a New Friend—and Boy, Does She Love Guns.”
■ Tribune columnist Rex Huppke: “I would like to apologize to the people of Russia, and in particular to President Vladimir Putin, for being foolish and stupid.”
■ New York’s Margaret Hartmann: “It was particularly satisfying to see an American interviewer make Putin squirm”—on Fox News. (Cartoon: Keith Taylor.)

‘The mayor don’t give a damn.’ Protests of a police shooting in Chicago’s South Shore neighborhood show no sign of diminishing.
■ Mayoral challenger and ex-top cop Garry McCarthy says the shooting “appears to be justified.”
■ Vox: Why body camera footage hasn’t been enough to quiet anger in this case.
■ A Tribune editorial: “That 20-second snippet[’s] … speedy release provides a measure of assurance that we’ll get that story eventually.”

The WGN catch. A source tells Politico the Trump-friendly Sinclair Broadcast Group’s efforts to swallow Tribune Media, including WGN-TV and Radio, went awry with a plan to sell Chicago property in the deal to a third party who was more like a first party—a provision that may have raised alarms at the FCC about “deception.”
■ Tribune Media still hopes the deal goes through.

No. 4: He’s running for alderman. Heavy.com runs down five things to know about the Chicago CVS store manager fired after calling police to arrest a black woman who tried to use a coupon he thought was fake … but wasn’t.
■ CVS: Sorry about that. 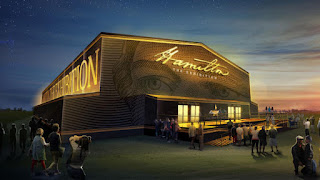 Shot delayed. Plans to open “Hamilton: The Exhibition” on Chicago’s Northerly Island have been postponed from November to April.
■ WBEZ: Five enduring food and drink products that debuted at Chicago’s 1893 World’s Columbian Exposition.
■ Chance the Rapper plans to drop a new album this week … somewhere.

Correction. Yesterday’s Chicago Public Square omitted three words from the phrase “Chicago Police Department Superintendent Eddie Johnson has expressed his regrets to the family of a man shot and killed by Chicago cops.” Thanks to reader Mike Braden (yes, the same Mike Braden cited at the beginning of this edition) for reporting the mistake to Squerror@ChicagoPublicSquare.com.