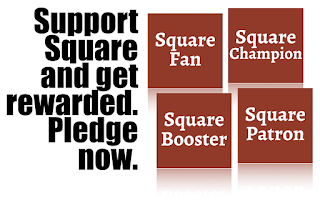 Before the news, a quick announcement. As Chicago Public Square enters its second year, here’s a chance for you to show your support and help take this thing to the next level. Remember how much you missed Square during that long break early in February? Just a few pennies per issue will keep Square coming and prime the pump for expansion of what media critic Robert Feder calls an “excellent” source of news. Plus: Rewards! Pledge now here.

And now, the news: 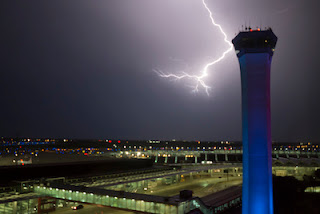 More noise, more pollution? The Tribune’s Mary Wisniewski runs down five things to beware if Mayor Emanuel gets his massive overhaul of O’Hare International Airport.
■ And yet, a Tribune editorial concludes: “O’Hare needs this mega-modernization.” (2015 photo: Phil Roeder on Flickr.)

‘The NRA … may suffer a defeat which could echo across the state and the nation.’ A Chicago alderman holds high hope for an Illinois bill to ban the sale of body armor and high-capacity gun magazines to anyone other than cops, licensed security guards and members of the armed forces.
■ Mayor Emanuel threatens lawmakers who vote against it: “If the legislators do not back up the public safety …you must hold them accountable.”
■ A Better Government Association fact check: Can Illinois communities ban assault weapons?
■ The State of Georgia is threatening to punish Delta Airlines for cutting ties with the NRA.
■ Governors are pushing back against President Trump’s call to arm teachers.
■ Seth Meyers on Trump’s suggestion he would have rushed into Marjory Stoneman Douglas High School to help during the school shooting that killed 17 people—even if he didn’t have a gun: “I find it hard to believe Trump would voluntarily run inside a place of education.”

Thinking ahead. The president has named a campaign manager for 2020.
■ A major reorganization of the Environmental Protection Agency under Trump will end key scientific research.

Chicago’s unique problem. ProPublica: Parking, traffic and vehicle compliance tickets—which net the city $200 million a year—prompt so many bankruptcies, Chicago leads the country in Chapter 13 filings.
■ If you don’t drive much, should you pay less for auto insurance? The Consumer Federation of America says auto insurers give few breaks to low-mileage drivers, even though they tend not to have as many accidents.
■ Chicago Magazine: People living on Chicago’s West Side die 16 years earlier than those living downtown.

‘Illinois has become a dumping ground for other states.’ Abortion opponent Emily Troscinski reacts to a state report concluding, even as the total number of terminated pregnancies drops, a larger share of those abortions are going to women from elsewhere.
■ Chicago aldermen are pushing the city’s Animal Care and Control shelter to put in writing its policies about what animals to kill—and when.

‘Our lives are being disrupted every day.’ Graduate student workers at the University of Illinois are on strike, demanding a new contract.
■ The milestone Illinois labor case argued before the Supreme Court yesterday—Janus v. AFSCME Council 31—explained in 300 words.
■ Chicago activists are calling on the school board to cancel a vote tomorrow on a plan to close Englewood’s four high schools and replace them with a single new school.
■ As the Obama Foundation approaches a key pitch for its presidential center in Chicago’s Jackson Park, the president’s foundation has announced a $3.5 million donation to build a new sports field nearby.
■ Disney celebrates Black Panther’s success with a $1 million gift to science programs for underserved kids.

‘The implication is that men are capable of dressing themselves while women are not.’ Peter Gariepy, who’s seeking the Cook County treasurer’s job is protesting Treasurer Maria Pappas’ policy that female employees wear branded county-issued smocks—but men aren’t.
■ A candidate for Congress from Chicago is pushing for legalization of pot, and has released a photo of himself holding a smoking joint.

Bye, Lord & Taylor. At least the store at Oakbrook Center.
■ The Chicago Bears are moving some of their offices downtown from Soldier Field.

Is your phone spying on you? Some Chinese-made models are under Congress’ microscope.
■ YouTube refuses to ban video of Nazis chanting “Gas the k__kes! Race war now.”
■ Have an older Windows computer? Get ready to kiss the iTunes Store farewell. 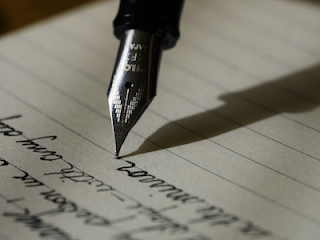 ‘Read it like you hate me.’ The Sun-Times’ Neil Steinberg resurrects a wonderful piece of writing advice from 2006.
■ A New York Times and NPR veteran predicts news organizations’ hopes for subscription revenue will “end in tears.”

Announcements.
■ Welcome to a bunch of new readers, thanks to Robert Feder’s complementary mention of Square yesterday.
■ Yesterday’s most-clicked link.
■ Correction: Yesterday’s edition of Square misspelled the last name of Monica Lewinsky. Thanks to reader Jan Kieckhefer for the catch.