Dick’s gun crackdown. One of the country’s largest sports-store chains—Dick’s, which concedes it sold a shotgun to the Parkland, Fla., shooter—says it’s immediately ending sales of assault-style rifles and won’t sell firearms of any kind to those under 21.

■ The company CEO’s statement: “Thoughts and prayers are not enough.”
■ Speaking of dicks: Senator Marco Rubio, who told Parkland survivors last week young adults shouldn’t be able to buy guns, is sponsoring a bill that would let young adults buy guns in Washington, D.C.
■ The congressional Republican leadership is rejecting calls for tighter gun controls.
■ But it’s cleared lawmakers to use taxpayer money to buy bulletproof vests.
■ Illinois state lawmakers could send Gov. Rauner tighter firearms bills today. (Fixed link.)
■ Eric Zorn: The NRA boycotts are already working.
■ Neil Steinberg: “We know sane gun policy works because it works in every country in the world but ours.”
■ Phil Kadner: Why not ask teachers to carry guns? We ask them to do everything else.
■ BuzzFeed News: Huge organizing groups are now helping Parkland students.
■ Axios: Why the gun debate could end better than the debate over immigration.

Schools showdown. Against a rising drumbeat of protest, the Chicago school board is set to vote today on a plan to close four South Side high schools and one elementary school.
■ Commentary: Chicago Public Schools’ “cycle of disinvestment.” 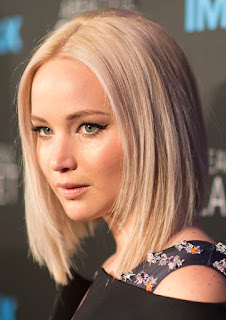 ‘I was certainly mistreated.’ Academy Award winner Jennifer Lawrence says in an interview to be broadcast tonight that, as she advanced in Hollywood, she was “certainly” treated “in a way that I think now we would call abusive.”
■ Disgraced suburban volleyball coach Rick Butler faces “what may be the most significant assault yet on Butler’s career.”
■ Vice President Pence says he believes abortion rights could be abolished “in our time.”

‘I’m not resigning.’ Illinois House Speaker Michael Madigan has released a list of complaints of inappropriate behavior by his state employees. But he says it’s just an “educational document.”
■ Read the complaints (as a downloadable PDF).
■ The Republican legislative candidate accused of using a homosexual slur and a racial epithet in talks with attorney general candidate Erika Harold says he may drop out.
■ The state has canceled its online auction of an “exotic stripper/dancing pole w/bag.”

Smile. With an eye toward making those grainy shots of criminals a thing of the past, the CTA is adding a thousand high-def cameras to its security network.
■ … and you’re paying for them when you ride Lyft and Uber in Chicago.

Obama’s surprise. The president yesterday made an unannounced appearance in Chicago to pitch his foundation’s plans for his presidential center.
■ He downplayed fears of gentrification: “It is not my experience ... that the big problem on the South Side has been too much development.”
■ Politico: Meet the community organizers fighting ex-community organizer Obama.

‘Jared Kushner’s … diplomatic career … is over.’ A former White House communications director says the presidential son-in-law’s security clearance downgrade is just the beginning of his problems.
■ An ethics organization is filing a formal complaint against Kushner.
■ The president’s former campaign chairman is pleading not guilty to new charges against him.

Macy’s selloff. Fresh off a deal to sell the upper half of it’s its State Street building, Macy’s says it’s looking to sell the landmark Medinah Temple, now home to a Bloomingdale’s home furnishings store.
■ Toys R Us is folding in Britain … and here are five reason why.

Pitchfork’s slow reveal. One of Chicago’s signature music festivals is teasing out the list of performers for this year’s event—beginning with an announcement that includes Tame Impala.

Announcements.
■ Yesterday’s Chicago Public Square misspelled the word “complimentary”(thanks to Elizabeth Denius of the Center for Southeast Asian Studies at Northern Illinois University) and was missing a comma in the phrase “Peter Gariepy, who’s seeking the Cook County treasurer’s job, is …” (thanks to Mike Braden).

■ Do you find Chicago Public Square useful? It’ll take you less than a minute to support Square for five bucks a month—about a quarter per issue.