[Testing … testing … Is this thing working? … Aaaaand we’re back.]

MORE BULLETS. A Sun-Times analysis concludes someone shot and killed in Cook County is now likely to have been hit almost twice as many times as were shooting victims 25 years ago.
■ The Tribune says cops did little to investigate the case of a man shoved onto CTA tracks until after it published its story, triggering a rash of tips.
■ A conservative’s grudging concession in National Review: New York City was right to abandon stop-and-frisk policing.
■ Police say a man shot and killed himself outside a suburban day care center this morning.
■ An AP analysis finds most big public colleges and universities aren’t tracking campus suicides. 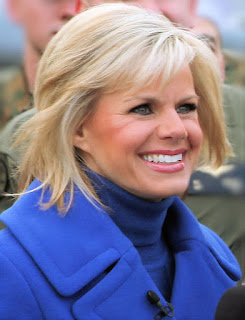 HERE SHE IS … In the aftermath of an email scandal at the Miss America organization, estranged Fox News anchor and former Miss America Gretchen Carlson is taking over as the new Miss America board chair.
■ Alleged scumbag Matt Lauer’s permanent replacement on NBC’s Today: Hoda Kotb.

UNLESS YOU WERE DRAGGED OFF A PLANE IN CHICAGO. CNN: Flying in 2017 was safer than ever.
■ And—surprise—the president is taking credit.
■ He’s also tweeted a congratulatory threat—or is it threatening congratulations? or maybe a conthreatulation?—to The New York Times’ new publisher.
■ Wonkette rips into another of the president’s early-morning tweets.
■ The Washington Post: Trump has made 1,950 false or misleading claims over 347 days.

WHILE YOU WEREN’T WATCHING. The Trump administration rolled out some of its most potentially unpopular moves on the Fridays before Christmas and New Year’s Day. The Post says those moves reveal the president’s true priorities.
■ David Frum in The Atlantic: The way to fix inequities in the Trump tax overhaul isn’t to undo it, but to layer in another tax.
■ Mother Jones: If the president has his way, the 2020 census—which will govern legislative maps and voting rights enforcement for a decade—will be run by a Republican who has a deeply partisan background and who has defended gerrymandering and voter suppression.
■ The Trib runs down the top Illinois political stories to watch in 2018.

HOW COLD WAS NEW YEAR’S DAY IN CHICAGO? So cold that sponsors postponed the “Polar Plunge” into Lake Michigan.
■ It was the lowest high on record for a Jan. 1 in Chicago.
■ And speaking of highs: 2018 could expand Chicago’s skyline significantly—up and out.


And now, a message from a Chicago Public Square advertiser:
NEED A NEW HEADSHOT for your website, LinkedIn or publicity? Photojournalist Karen Kring can help you with that. Her next BizPics headshot shoot is Jan. 21.
Sign up here to get smart portraits at a reasonable rate—and have some fun, too. By the way, there’ll be FREE food. (Oh, yeah. FREE food!)

BEFORE YOU TRASH THAT BOOK … Catch a Ch. 11 show Friday, when Amy Brent, daughter of legendary Chicago bookseller Stuart Brent, shows people which old books might be worth more than their original selling price.
■ Are your old children’s books worth something?

‘THE CHI.’ Lena Waithe’s new Showtime drama spotlighting life in modern-day Chicago’s South Side doesn’t debut until (correction:) Sunday, but you can see the first episode free on YouTube.
■ In exchange for a political donation, The Wire creator David Simon will issue you a personal apology.
■ 20 years ago—before The Wire—your Square proprietor sat down with Simon to talk about crime and journalism. 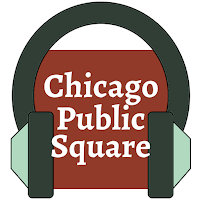