POLITICAL FRENZY. Chicago Congressman Luis Gutierrez’s decision not to seek reelection has set off an intense round of political lobbying—and speculation he may run for governor of Puerto Rico. (Photo: teleSUR English.) 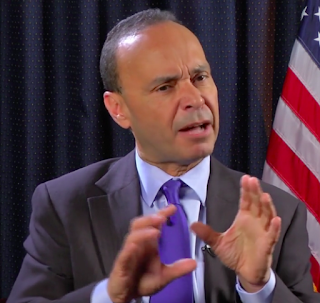 ■ Big state races are taking shape after the first round of petition filings.
■ And here’s a bumper crop of races for the Cook County Board.


HE’S BEEN SERVED. The billionaire behind Chicago’s troubled Outcome Health tried to flee when being served with court papers—but he didn’t make it.
■ A court has forbid forbidden him and the company’s president from touching $225 million they raised from big-name investors, including gubernatorial candidate J.B. Pritzker.
■ Sun-Times columnist Mark Brown says rich guys Pritzker and fellow candidate Chris Kennedy seem to “think their taxes are just too complicated for the rest of us to understand.”

‘REMARKABLE IN HOW MANY PROBLEMS IT CREATES.’ Vox’s Ezra Klein runs down five big headaches in the Republican tax overhaul plan—and the ease with which they could be averted.
■ Bloomberg: The eight Republican senators who can make or break the plan.
■ How one provision could personally benefit President Trump.

PERVERT EXCUSE NOTE. The Tribune’s Rex Huppke has helpfully created a multiple-choice blanket statement you can use “anytime a politician you like or at least agree with politically is accused of bad behavior.”
■ An ex-staffer of U.S. Rep. John Conyers is the second to go public with complaints about his behavior.
■ A British actress has filed suit, accusing the Weinstein brothers and the Hollywood company they founded of sex trafficking.
■ Following accusations of sexual harassment, CBS has canceled Evanston Township High School grad Jeremy Piven’s show.

‘A STORY … THAT MAKES … THE INDUSTRY REVEL IN A MOMENT OF WELL-EARNED DELIGHT.’ Columbia Journalism Review’s Pete Vernon celebrates The Washington Post’s outing of a woman who tried to lure the paper into publishing a false charge against disgraced Alabama Senate candidate Roy Moore.
■ How the Post caught her lies—with video of her dissembling.
■ The outfit behind the failed sting, Project Veritas—funded in part by Trump—“has taken down some powerful people, but this was a mess.”
■ The Illinois owner of the Uline shipping-supply company is a prime funder of Moore’s campaign.
■ Fox News says Moore’s campaign staff pushed and shoved its camera crew at a rally.

FACEBOOK’S SUICIDE MONITOR. It’s globally rolling out what has until now been a limited test of pattern recognition tools to identify people presenting suicidal thoughts—and then send mental health resources to users or their friends, or contact local first-responders.
■ A Sun-Times editorial: Society failed an Illinois woman who killed her seriously ill disabled daughter and then, after being sentenced to prison, killed herself.

CHICAGO STATE UNIVERSITY MISHAP. Since the break of a water pipe in a residence hall, students have been housed in hotels and shuttled to and from class.
■ Ald. Carlos Ramirez-Rosa is pushing a plan to cut water and sewer rates for the Chicago’s poor. 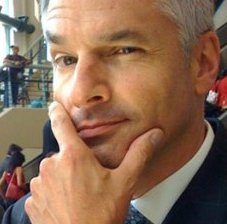 WGN-TV ANCHORS AWAY. Mark Suppelsa elaborates on his decision to retire Dec. 8. (Image: WGN Radio.)
■ Former Ch. 9 anchor Robert Jordan’s out with a book: Murder in the News: An Inside Look at How Television Covers Crime.
■ CNN stars have taken aim at Trump in “what appeared to be an organized response.”

ENQUIRING MINDS. The pro-Trump owner of the sensationalist National Enquirer may wind up owning Time magazine.
■ Time Inc. is, in the words of its former editor-in-chief, “a severely wounded animal.”

VOLCANIC CLIMATE THREAT. Earther takes a look at what a major eruption of the simmering Mount Agung could mean for the planet.
■ Updating coverage: Agung has been in “continuous eruption” since Saturday.
■ Vice: The Keystone pipeline oil spill could be worse than we thought.

ANNOUNCEMENTS.
■ You know how to tell if Chicago Public Square’s No. 1 subscriber/proofreader Mike Braden missed Square during its Thanksgiving break? He noted not one but two mistakes in yesterday’s issue: A missing “Cook” in “Cook County” and a backward quotation mark. You too can be mentioned in this space if you’re first to email YouGoofed@ChicagoPublicSquare.com about a mistake in Square.
■ Most popular link in yesterday’s issue? As of early this morning, it’s a tie between this and this.