[Chicago Public Square will be taking the rest of the week off. Back Nov. 27.] 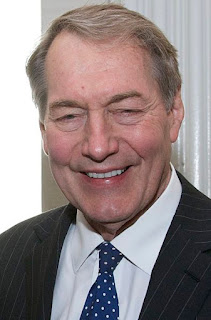 CHARLIE ROSE’S THORNS. [Update, 11:50 a.m.: Rose is out at CBS.] At least eight women tell The Washington Post he made unwanted sexual advances toward them, including nudity, groping and lewd calls.
■ The response has been quick: Suspension from his roles at CBS and PBS.
■ Rose’s apology: “I always felt that I was pursuing shared feelings.” (Photo: Peabody Awards.)
■ His CBS co-host: “There is no excuse …”
■ Media critic Robert Feder recalls Rose’s time hosting a morning TV show in Chicago.
■ Star New York Times reporter Glenn Thrush has been suspended for … well, you know.
■ At the late DNAinfo Chicago, women banded together on a secret Slack channel.
■ Columbia Journalism Review is inviting journalists to report misconduct in their newsrooms.

‘YOU’LL NEVER WORK AGAIN.’ Women tell The Guardian how sexual harassment broke their careers.
■ Why you didn’t hear the harassment accusations against a powerful congressman.
■ USA Today: Lawmakers—almost all men—in at least 20 states face complaints of sexual harassment.
■ Sen. Al Franken has another accuser.
■ A look back at Saturday Night Live in the Franken era: Lots of jokes disparaging women.
■ Fresh dirt in The New Yorker on Patient Zero in this wave of harassment complaints, Harvey Weinstein: For decades, he used elaborate legal deals and money from his brother to hide charges of predation. 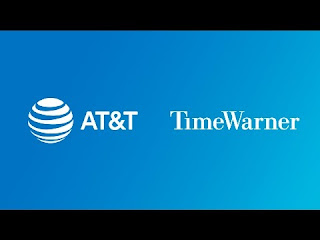 ‘WE SMELL PAYBACK.’ A Sun-Times editorial questions the reasons behind the Trump administration’s lawsuit to block the merger of AT&T with CNN’s parent, Time Warner.
■ The Washington Post: Seven reasons to be suspicious of the suit.
■ Wired: This is bad news for tech companies.

‘HE WAS BRINGING THE CHAOS AND VIOLENCE.’ A federal judge has sentenced a Chicago cop to five years in prison for firing 16 times into a moving vehicle filled with teenagers.
■ Another federal judge is permanently blocking President Trump’s executive order to cut funding for cities that, like Chicago, limit law enforcement and other cooperation with U.S. immigration authorities.

WHAT’S IN IT FOR (AND AGAINST) YOU. WBEZ’s Becky Vevea takes a blow-by-blow look at the budget the Chicago City Council is poised to pass today.
■ A Chicago alderman accuses Mayor Emanuel and his allies of “playing games”—crowding serious issues off the ballot by stuffing it with puffballs asking, for instance, whether voters support action against opioids and heroin.
■ Watch the council meeting live on the web.
■ More than 300 workers will lose their jobs under the Cook County budget up for a vote today.
■ A nonpartisan analysis concludes the Republicans’ tax plan would cost more for half of America’s taxpayers.

McDONALD’S TO GO. A replica of the first restaurant established by Ray Kroc, who built the chain into a corporate behemoth, will be demolished in Des Plaines.
■ McDonald’s workers in the United Kingdom are planning a strike over complaints of, among other things, sexual harassment.

YOUR HOLIDAY CTA TRIP. Specially decorated train and bus rides are back. Here’s the detailed schedule.
■ Just how big is Christmas music in the Chicago radio biz? This big.

ANNOUNCEMENTS.
■ In case you missed it at the top of the page, Chicago Public Square is taking a few days off to give thanks for your readership. Back Monday, Nov. 27. But get periodic Square updates on Facebook and Twitter in the meanwhile.
■ Last night’s interview with Wait Wait … Don’t Tell Me! host Peter Sagal was even more fun and enlightening and educational and inspirational than I’d hoped. The podcast makes its debut next week. If you’d like to reach Sagal and Wait Wait fans everywhere, podcast ads and underwriting sponsorships are available. Email Ads@ChicagoPublicSquare.com.