TRUMP’S RELIGION VOW. Addressing the National Prayer Breakfast, the president pledged to “totally destroy” the law that forbids churches from engaging in political activity at the risk of losing their tax-exempt status. 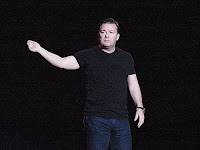 THE JUDGE AND THE BELCH. Scrutiny of Supreme Court nominee Neil Gorsuch’s judicial record has turned up his dissent in the 2016 case of a 7th grader arrested for burping during gym class.
■ Meet the Democrats who can decide Gorsuch’s fate.
■ Evangelicals see Gorsuch as an answer to their prayers.
■ Tribune columnist John Kass on Justice Ruth Bader Ginsburg: “She’s quite frail.”
■ The Onion: “Trump Hails Gorsuch As Fierce Protector Of Future Amendment Allowing President To Temporarily Suspend Right To Assemble.” 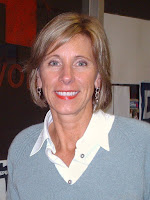 ‘HER LACK OF EXPOSURE TO PUBLIC EDUCATION IS VERY CONCERNING.’ After two Republican senators announced their opposition to Betsy DeVos’ bid to head the Education Department, the nomination may be in trouble.
■ Newly confirmed U.S. Secretary of State Rex Tillerson now has what NBC’s political team says may be “the toughest job in the world“—cleaning up at least three things his boss started Wednesday.
■ Cubs President Theo Epstein on Trump’s condemnations of Chicago: “It seems like grandstanding to me.”

THAT DIDN’T LAST LONG. A Trump administration boycott of CNN seems to be over. For now.
■ A Trump tweet threatens a federal funding cutoff for the University of California, Berkeley.
■ Federal workers worried about the president’s intentions are adopting non-governmental communications channels.

NO MORE FREE FAST RIDES? If you’ve ever celebrated finding yourself assigned to the airport PreCheck line even though you’re not a paid PreCheck flyer, those days may be near an end. The Tribune’s Mary Wisniewski explains.

■ Mark Brown in the Sun-Times: “We are being kept safe by barring [a] 67-year-old aunt from coming here from Iran.”
■ Hundreds protested Trump’s immigration order downtown in Chicago Wednesday night.■ ProPublica answers your questions on Trump’s travel ban.

NEWS FOR NEWS BURNOUTS. The journalism biz is wrestling with ways to care for people compelled to “check out” of the news stream.
■ Washington Post media columnist Margaret Sullivan: “Does a news organization really want to send the message that they would prefer their reporters not think?”
■ The New York Times reports a 16 percent drop in print revenue for 2016.

RADIO REMIX. A surprise merger between CBS Radio—owner of Chicago’s WXRT, WBBM-AM and -FM, WCFS, WSCR, WUSN and WJMK—and Entercom will create the second largest radio company in the U.S. Robert Feder has more.
■ WXRT’s Lin Brehmer, a former colleague to your Square proprietor, celebrates 25 years as the station’s morning host Friday morning. Square will be there.

GROUNDHOG SAYS …
■ Punxsutawney Phil: Six more weeks of winter.
■ … but he may have been wrong before he awoke.
■ … and he gets off easy, compared to his predecessors.

■ Yesterday’s Square email omitted a link to the story about the legal fight between Restoration Hardware and Crate&Barrel. Here it is. Thanks (again) to reader Beth Austin.
■ And yesterday’s issue also misspelled the name of WGN-TV reporter Ben Bradley, confusing him with homonymic legendary journalist Ben Bradlee.
■ Got a correction? Email tips@chicagopublicsquare.com and see your name here in lights. Or at least a hyperlink.