‘Coward Republicans.’ Mayor Lightfoot Lightfoot minced no words in firing back at Texas Sen. Ted Cruz for citing Chicago as an example of why “gun control doesn’t work.” 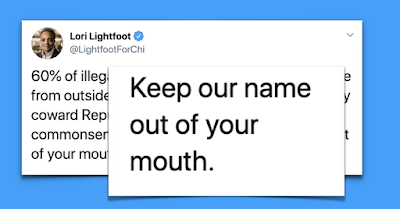 ■ Lightfoot says the city’s anti-violence efforts are “trending in the right direction.”
■ Cruz says he’ll meet with actress and gun-control activist Alyssa Milano …
■ … who wants the meeting livestreamed “so the American people can hear your bullshit 1st hand.”
■ A Sun-Times editorial castigates Lightfoot and Cook County Board President Toni Preckwinkle for finger-pointing on gun violence: “We’re getting pretty sick of it.”

Noose news. A University of Illinois student has been charged with a hate crime, accused of placing a noose in a residence hall elevator …
■ … escalating racial tension in Urbana-Champaign.
■ Illinois and other universities are amping up recruiting of rural students.

Dope nope. The Naperville City Council has voted against allowing recreational marijuana sales within city limits when the state legalizes the trade Jan. 1 …
■ … but a referendum could change that.

‘Your meats are as cheap as they are because the boot of hypocrisy is on the necks of those who are forced to live and work on the perilous bottom rungs of society.’ Tribune columnist Eric Zorn shares the lowlights of a Human Rights Watch report released today.
■ Read the report here (PDF download). 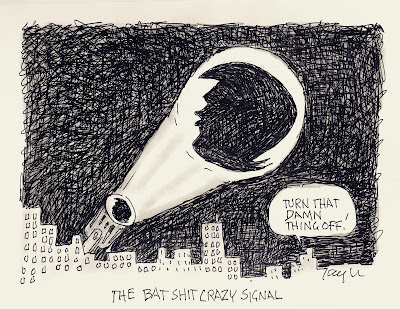 ‘The fury cartoonists inspire.’ Columbia Journalism Review’s Sam Thielman says “The unmatched ability of cartoons to quickly and efficiently insult is ideally suited to our era of Donald Trump.”
■ Mocking anti-semitism got a Trump administration adviser fired. (Update: He’s reportedly getting reinstated.)
■ Ghastly cartoonist Gahan Wilson is ailing and his family is seeking GoFundMe financial help. (Cartoon: Keith J. Taylor. See below on how to vote for him in the Reader’s Best of Chicago poll.)

Tornado? The National Weather Service says, yeah, that’s probably what showed up along with other weird weather in Waukegan last night. (Update: Confirmed.)
■ Beginning at 4 p.m.: Ten presidential candidates take the stage for seven hours of climate crisis talk …
■ … an event about which The Onion is cynical.
■ An Illinois Democratic congressman who’s not on board with a “Green New Deal” faces an environmentally oriented challenger for a change.

Illinois’ last Kmart. When the company’s Bridgeview store closes at the end of the year, just one will remain in what is now the chain’s home state.
■ Columnist Phil Kadner rails against shopping zombies: People who suddenly go brain-dead in the middle of a grocery store aisle.

Google this. Google’s agreed to a record fine—the FTC’s largest civil penalty ever—for violating kids’ privacy on YouTube. But a critic tells The New York Times, given Google’s size, the fine is “the equivalent of a cop pulling somebody over for speeding at 110 miles an hour—and they get off with a warning.”
■ Google’s next big fight could be with state attorneys general.

Chicago Public Square mailbox. An item in Friday’s Square about the ouster of President Trump’s personal assistant drew more objections than any other in months. Stephen A. Crockett Jr.’s description of Madeleine Westerhout as “a white woman with arguably the whitest name ever … no longer working in the Whitest House” prompted reactions that included these:
■ Bill Paige: “A barely rewritten hipster take on the Politico version. Nothing added but a few profanities. Lame. I’ve gotten … spoiled by each of your subsequent links to a main story adding a different twist.”
■ Michael Weiland: “… seems a little inappropriate to me.”
■ Marcy Epps Watson: “Comments like that do nothing for journalistic integrity.”
■ Conflicting voices in the head of your Square publisher as he composed that item: “This doesn’t add anything other than a snarky—and maybe racist—line about her whiteness.” And: “What the heck: Expose Square readers to a new voice.” (Illustration: Tumisu on Pixabay.) 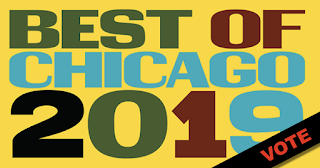 It’s complicated. Thanks to everyone who’s cast a vote for Square in the Reader’s Best of Chicago 2019 poll. The ballot can be daunting because it’s divided into multiple categories:
■ The “City Life” category is where to vote for Chicago Public Square as “Best Blog,” “Best Podcast” and “Best to Follow on Twitter.”
■ The “Arts & Culture” category is where to vote for Square’s inimitable breaking news cartoonist Keith J. Taylor as “Best Visual Artist.”
■ This is just the first round, which closes Sept 13. The finals begin Sept. 25.
■ Voted already? Please note the Reader’s instructions: “Voting is only allowed once per category (wink).”

Thanks to Mike Braden for noting a redundancy in today’s lead item.