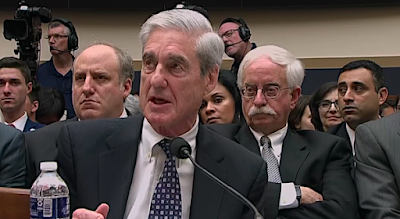 A history of corruption. A Better Government Association investigation documents 50 years of politically driven waste at O’Hare airport—spotlighting “machine politics, bid-rigging, fraud and even an assassination.”
■ The Tribune reports the feds are investigating $10,000 in payments from ComEd lobbyists to a close pal of Illinois House Speaker Michael Madigan.

‘Furious.’ That’s how Mayor Lightfoot describes her reaction to the Trib’s revelation that Chicago police have for years been compiling profiles on every citizen who spoke at police disciplinary panel meetings.
■ Someone wreaked extensive—and bizarre—damage to several police cars and personal vehicles early today outside a South Loop police station.
■ Police have opened a criminal investigation into a viral video showing a girl’s assault by several people.

‘It’s always a good ordinance when everyone walks out unhappy.’ That’s Ald. Anthony Beale’s take on committee approval of a “fair workweek” ordinance that would require Chicago’s biggest companies to give employees at least 10 days’ notice of schedule changes—and extra compensation for changes made with less warning.
■ The Sun-Times has details of how it’d work and whom it’d cover …
■ … if it passes today’s City Council meeting, which you can watch on the web here.

‘Quit the County Board and crawl into whatever hole people should go when they throw around false charges of racism and bias.’ That’s what a Sun-Times editorial calls on Cook County Commissioner Luis Arroyo Jr. to do if he can’t prove his assertion of “racial bias” in an inspector general’s report that concluded he tried to fix a pal’s traffic ticket.
■ Chicago magazine reconstructs in the words of eyewitnesses the story of Chicago’s race riots 100 years ago.
■ A picture of a noose on a truck’s gas-tank cover left a WGN-TV reporter “furious, afraid, and sick to my stomach.”

Chicago’s dirty beaches. The Environment America Research and Policy Center puts five Chicago spots on a list of the nation’s most troubled recreational waterfronts.
■ Search the full list by state. 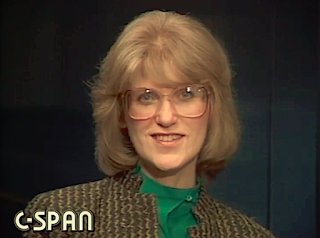 ‘I have never seen anyone who is superb at everything, except Lois.’ That was legendary columnist Mike Royko’s assessment of two-time Pulitzer winner Lois Wille, who died Tuesday.
■ The Trib has reprinted two of her editorials, “as resonant today as they were three decades ago.”
■ Hear her voice: In a 1997 radio interview, she discussed development trends that are still shaping the city. (1984 image of Wille: C-SPAN.)

The ‘most Chicago’ TV show. The Trib’s William Lee and Nina Metz preview tonight’s premiere of Comedy Central’s series South Side.
■ The Sun-Times’ Richard Roeper: “After breezing through all 10 episodes … my face [was] feeling numb from multiple hours of smiling and/or laughing.”
■ Paste’s Jacob Oller: “It feels like home, and not just because I live in the city.”

Facebook forfeiture. The Federal Trade Commission is slapping Facebook with an unprecedented $5 billion fine for repeatedly misleading its billions of users—and it’s putting founder Mark Zuckerberg on the hook for future flubs.
■ The Justice Department is launching a major antitrust investigation into the nation’s biggest tech companies.
■ ZDNet’s Jason Perlow makes the case for longtime rivals Apple and Microsoft to team up.

How valuable is Chicago Public Square? Readers including Laurie Huget, Les Nelson, Leslie Sutphen, Lisa Krimen, Lora Engdahl and Lucy Smith consider it worth at least $5 a month. Join ’em here—and now would be a fortuitous time for that if your first name begins with M.