Over its long history, the United Kingdom of Great Britain and Northern Ireland (the country previously known as Great Britain and various other names) has done many good things, but it has also done many bad things. Today, it seems inevitable that it will be doing something to eclipse the most shameful of its many evil acts from the past.

Barring an unlikely miracle—and Jeremy Hunt is never likely to be mistaken for a miracle—the country’s new prime minister will be named, and it will be Alexander Boris De Pfeffel Johnson. 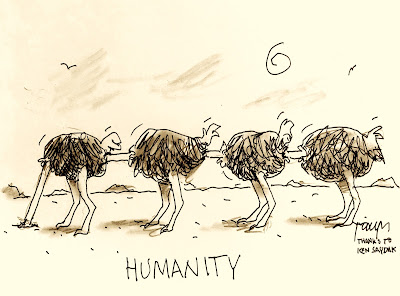 At this point, my profound embarrassment at being English will become an even deeper shame. I say English because the Celtic nations cannot be blamed for this atrocity. Nor, in truth, can most English people, because it’s down to around 160,000 geriatric xenophobes who make up the membership of the Conservative and Unionist Party.

This man is a disgrace, an abomination, with all the appeal of a festering piece of excrement where even the most shameless of flies refuses to settle. A man to whom lying is more natural than breathing. An amoral lothario, a complete chancer, loyal only to himself. An unprincipled charlatan whose carefully cultivated buffoonish exterior conceals a cynical, calculating, unscrupulous, self-serving interior. Does any of that sound familiar?

Yes, he is occasionally very amusing. There’ll certainly be some fun to be had at his first “Special Relationship” summit, when he baffles the Orange Bloviator with Latin phrases and long English words which do not appear on fast food menus or cartoon channel schedules. Mr. President may or not be aware of the fact that his new bosom buddy once said this of him: “… a quite stupefying ignorance that makes him, frankly, unfit to hold the office of president of the United States.” Whoops.

On behalf of all dwelling on this once-sceptered, but now benighted isle, I would like to offer my sincerest apologies for this sickening crime against humanity.

For what we are about to receive,
May the Lord make us truly thankful.

Or, to put it another way: Gawd bleedin’ ’elp us.
Want to be Square’s next commentator? Send proposals to Commentary@ChicagoPublicSquare.com.
(Cartoon: Keith J. Taylor.)