Lightfoot’s red light. Chicago Mayor-elect Lori Lightfoot called on the City Council’s Finance Committee to hold off on a vote today to approve two huge real estate projects—Lincoln Yards on the North Side and The 78 in the South Loop … 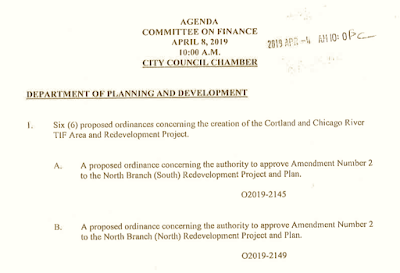 ■ Update, 10:04 a.m.:  … and Mayor Emanuel agreed.
■ Lightfoot says scandalized Ald. Ed Burke and others have been organizing against her.
■ Chicago TV political reporters offer media columnist Robert Feder their wishlist for the Lightfoot administration.
■ After sharing a meal with Lightfoot, Gov. Pritzker predicts he’ll have “a great relationship” with her.

Smoking crackdown. Pritzker’s signed a law making Illinois the first state in the Midwest to set 21 as the minimum age for buying tobacco products …
■ … which is a cause for concern among smoke-shop owners. (Editorial comment: Good.)

Chicago’s deadly weekend. Over the course of 24 hours, the Tribune reports, 14 people were shot in the city—including three kids under 13.
■ Cook County Sheriff Tom Dart in The Washington Post: End prisons’ solitary confinement.

‘Why are African-Americans leaving Chicago?’ Noting Lori Lightfoot’s historic ascendance—and that of other women of color in Chicago-area politics—the Trib’s Dahleen Glanton cautions: “Not only are black people not voting. (Link corrected.) They’re packing up … by the thousands.”
■ A new Chicago museum exhibit spotlights the city’s racist legacy of housing segregation.
■ Crain’s Lynn Marek sees ominous signs for a historic Chicago firm, “once the most powerful African-American company in the country.”
■ Kim Kardashian on last night’s Keeping Up with the Kardashians: “I get that Kanye’s really excited about Chicago … but I can’t really imagine moving to Chicago.”
■ Vox contributor Lyz Lenz: “I live in small-town Middle America. The idea that moving back here will fix our nation is wrong.” 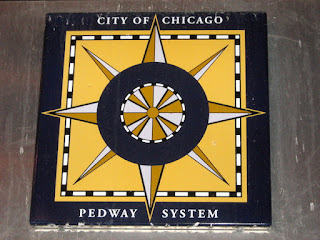 ‘So sorry for the face-licking. And the butt-sniffing.’ A dog’s take (courtesy of columnist Alexandra Petri) on the sorts of transgressions attributed to former Vice President Joe Biden.
■ Saturday Night Live put Biden (portrayed by SNL alumnus Jason Sudeikis) through sensitivity training—with mixed results.
■ The Post: Bernie Sanders and Beto O’Rourke have been trying on different campaign styles.
■ Sun-Times columnist Laura Washington advises the Democratic Party to take a cue from Chicago’s mayoral election: “The more Democrats in the race, the more juicy red meat for Trump.”
■ Another mayor—New York’s—may be headed for the presidential primaries.
■ In a real-world twist on a Black Mirror episode, a comedian with no clear political program could win Ukraine’s presidential election. 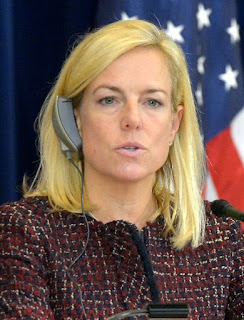 ‘The face of family separations.’ President Trump’s departing Homeland Security Secretary Kirstjen Nielsen leaves with a reputation in tatters—a Cabinet member who the AP says “who skewed the facts … and who convened a ‘working dinner’ at a Mexican restaurant while audio of hysterical Spanish-speaking children circulated on social media.”
■ House Speaker Pelosi’s statement: “The Trump Administration official who put children in cages is reportedly resigning because she is not extreme enough for the White House’s liking” …
■ … nor apparently for Trump aide Stephen Miller, who Politico says “is the Trump administration’s most influential advocate for stricter immigration policies.”
■ The Post: Nielsen had “appeared to regain her footing after U.S. Border Patrol agents used tear gas to repel a large crowd attempting to break through a border fence—the kind of ‘tough’ action Trump said he wanted.” (2017 photo: U.S. State Department.)
■ Her replacement is a University of Chicago Law School grad whom a former colleague under the Obama administration describes as “one of the most competent guys I know.”

Thanks … to reader Liz Denius for spotting the errant link to Dahleen Glanton’s column above, and to Mike Braden, who reported an extraneous who in today’s Nielsen coverage and words missing in the Walking Dead item.