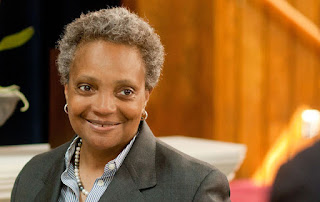 ■ Kass colleague Eric Zorn: “Chicago is all but officially Lori Lightfoot’s city now. And when she holds up the stop sign … it’s time to mash on the brakes.”
■ Politico surveys the experts on how Lightfoot won. (Photo: Lightfoot for Chicago.)
■ Columnist Steve Chapman: “An uncharismatic gay black woman who has never held elective office … was the most surprising election winner since—well, since Donald Trump.”
■ Even one of losing candidate Toni Preckwinkle’s campaign staffers voted for Lightfoot.

Chicago, ‘a democratic socialist city.’ In commentary for the Trib, co-chairs of the Chicago Democratic Socialists of America note that Lightfoot’s City Council will have “more socialist … members than any major U.S. city in modern history” …
■ … giving them at least a tenth of the seats in the council …
■ … with at least one more on the line in a cliffhanger ward.
■ A departing alderman is accused of raiding the council’s Progressive Caucus budget for purchases at a suburban lingerie and sex-toy shop.

Mueller team cracks. Bloomberg Opinion executive editor Timothy O’Brien: Attorney General William Barr’s proclamations about special counsel Robert Mueller’s report on Russian meddling “have so disconcerted members of Mueller’s once tight-lipped and leak-proof team that they’ve become chatty” …
■ … because evidence they gathered about potential obstruction of justice by President Trump “was much more acute than Barr suggested.”
■ The progressive group Indivisible Chicago plans a protest in downtown Chicago this afternoon to press for public release of the full Mueller report …
■ … which the House Judiciary Committee is also demanding. 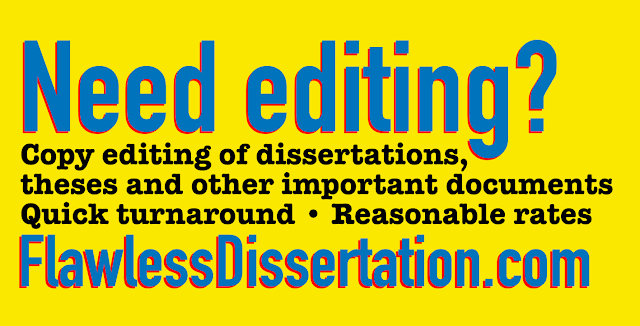 Facebook F-ups. Millions of Facebook users’ personal information was posted publicly on Amazon’s cloud computing servers …
■ … and, in what ZDNet calls an “appalling lack of security awareness,” Facebook has also been asking users for their email account passwords …
■ … but founder Mark Zuckerberg tells ABC News he’s “confident” about the 2020 elections.

Robocall defenses. Consumer Reports outlines some of the tools available to fight back against those annoying intrusions …
■ … plus an FCC petition you can sign.
■ Verizon has turned on its next-gen-speed 5G wireless network in Chicago ahead of schedule …
■ … but it won’t do you a bit of good unless you have one of just two phones that support 5G. 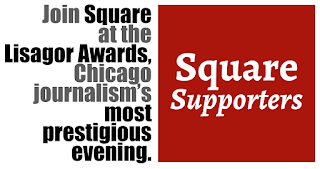 A Square meal. Here’s a new way for you to celebrate Chicago journalism, have a nice dinner and support your favorite email news briefing.