For reasons you’ll find at the bottom of this edition, no Chicago Public Square Friday. Next week, a full run of five issues. Promise.

■ … who had a chance at last night’s ABC7 debate to ask one another questions.
■ Ready to make a decision? The Square voter guide is here for ya.

No. 30? Chicago Ald. Willie Cochran—accused of theft, bribery and extortion—was set to plead guilty today, setting him up to become the 30th City Council member since 1972 to get nailed for official wrongdoing.
■ An order of protection has been reinstated against Ald. Ricardo Munoz on behalf of his wife, who flipped him off—with words to match—as they met at Cook County Domestic Violence Court yesterday.


‘This never happens again.’ That’s the goal of New Zealand’s prime minister, who’s announced a ban on “every semi-automatic weapon used” in the shootings last week at Christchurch mosques.
■ The Washington Post: New Zealand is showing America how to respond.
■ Facebook says “no users reported the video” the attacker shared live during the atrocities, but it says it’s working on ways to speed things up.
■ Politico media critic Jack Shafer’s contrary viewpoint: Don’t censor shooting videos. 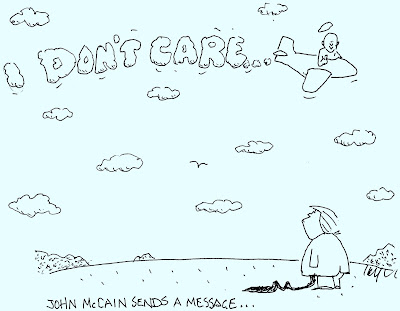 ■ Vox: Trump’s feud with George Conway, explained. (Cartoon: Keith Taylor.)
■ Remember presidential candidate Michael Dukakis? Trump does.
■ Stephen Colbert compares the Mueller investigation to a Scooby-Doo episode: “Just pull the mask off the monster, okay? We know it’s Old Man Trump! ‘I would’ve gotten away with it, too, if I wasn’t totally guilty.’”

‘Horrifying.’ A new accounting of Illinois-linked Catholic clergy accused of misconduct against children cites about 400 priests and lay people, some of whom “were … retained in trusted positions with direct access to children even after they were known to sexually abuse children.”
■ The Center for Investigative Reporting’s Reveal says the Trump administration has been holding migrant children in facilities it hasn’t previously disclosed.
■ An Illinois representative in Congress plans to introduce an act to set standards that would prevent the manufacture of dressers that can tip over and kill kids—as has happened more than 300 times in the last two decades.

‘We’re working on Antarctica.’ At a groundbreaking ceremony for the O’Hare airport expansion project, Mayor Emanuel boasted that O’Hare is “the only airport in the United States of America that can get to all six continents.”
■ A report released today warns that climate change is making extreme precipitation and flooding the Great Lakes region’s new normal.
■ Flooding’s wreaking havoc this week in Nebraska, Iowa and Missouri.

Free music. Striking members of the Chicago Symphony Orchestra are planning a series of concerts without charge …
■ … but tickets have been going fast.
■ Movie reviewer Richard Roeper calls Us—Jordan Peele’s successor to his acclaimed social-commentary-by-way-of-horror movie Get Out—“an unforgettable dance with the devil” and gives it four stars.

Where’s Square?
■ No Square Friday because your publisher will be interviewing acclaimed journalist and science-fiction author Cory Doctorow—in Chicago to promote a gripping new collection of novellas, Radicalized* …
■ … and will be warping high school students’ minds at Scholastic Press Association workshops on the subjects of building their own journalism brands and next-gen audio reporting.
■ If they ask, he may also discuss his most popular tweet ever.

* Have questions for Doctorow? Email ’em to Podcasts@ChicagoPublicSquare.com. (Yeah, you can expect a podcast.)