A $6 takedown. The Washington Post explains how a vigilant comedian turned a Twitter typo into a social-media fiasco for Trump’s cybersecurity adviser, Rudy Giuliani—cheap.
■ Also from the Post: “GOP senators come out and say it: The Trump administration is covering up Khashoggi’s killing.”
■ A 23-year-old conservative magazine that hasn’t been all that supportive of Trump is on the verge of a shutdown.
■ In Wisconsin, Republican lawmakers have OK’d laws weakening the incoming Democratic governor and attorney general. 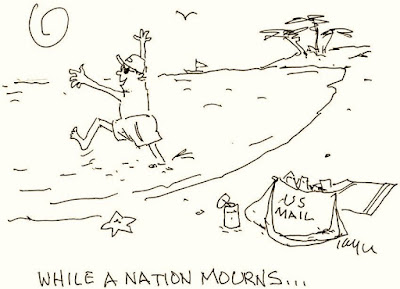 Cubs owners’ squeeze play. The alderman who represents the Wrigley Field neighborhood says the Rickettses—whose Kool-Aid he hasn’t drunk consistently—are fielding a candidate to replace him.
■ Mayoral candidate and Cook County Board President Toni Preckwinkle says she’d push for an elected school board.

‘Loyalty trumps integrity in this town every time.’ That’s one cynical observer’s take on last night’s huge turnout for the annual political fundraiser held by Chicago Ald. Ed Burke—just five days after the feds raided Burke’s City Hall and ward offices on a still-mysterious mission.
■ Mayoral candidate Lori Lightfoot is demanding Burke step down as chair of the City Council’s powerful Finance Committee—and give up his gratuitous police bodyguards (2011 link).
■ Ex-Cook County Assessor Joe Berrios’ sister, who quit her cushy job as his deputy assessor days before he left office, has a new state job with one of Berrios’ pals.

Your passport at risk. If your personal data was among that compromised in the hacking of the Marriott hotel empire, someone might be able to acquire a new passport in your name.
■ Marriott says it’ll buy you a new passport—if …