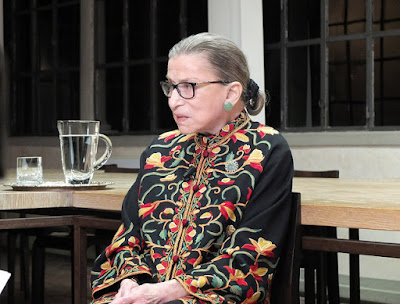 Trump’s big moves. CNN’s Chris Cillizza says the president’s firing of Attorney General Jeff Sessions—and his choice of a replacement, Sessions’ chief of staff Matt Whitaker—effectively puts the president in control of the investigation of himself.
■ Whitaker was part of a firm the government accused of a vast scam and shut down …
■ … and he led a secretive anti-Democrat group.
■ A Democratic senator calls Sessions’ firing “a break-the-glass moment” reminiscent of Richard Nixon’s fateful “Saturday Night Massacre.”
■ Politico: Special counsel Mueller can protect the investigation—even if he’s fired.
■ Progressive organizers are calling for demonstrations across the country today at 5 p.m. to protest Trump’s machinations.
■ The Onion: “Sessions: ‘I Am Proud To Have Served White America.’”

‘Unprecedented punishment.’ The Reporters Committee for Freedom of the Press is demanding restoration of the credentials the Trump administration yanked from CNN reporter Jim Acosta after the president’s contentious news conference yesterday.
■ To justify the White House decision, White House press secretary Sarah Huckabee Sanders shared doctored video …
■ … which an ex-FBI special agent says meets the standard of proof for libel.
■ Acosta tweets: “Don’t believe the lies coming from the WH.”
■ Axios: Trump acted on his “longtime fantasy against media.”
■ The Hill’s Niall Stanage: “Trump believes he won the midterms.”
■ Twitter has suspended the Twitter account of a group that tweeted to Trump’s Fox News sycophant Tucker Carlson, “We know where you sleep at night!”

‘Horrific.’ Updating coverage: Thirteen people—including the gunman—are dead in an assault on a Southern California bar.
■ It happened at a “College Country Nights” event for students at California Lutheran University, which has canceled classes.
■ What we know about the shooter—an ex-Marine.
■ The sheriff’s sergeant killed in the gunfight “died a hero” …
■ … after a quick call to his wife: “Hon, I got to go, I love you.”
■ A Democratic gun-control advocate has won a long-Republican congressional seat representing Georgia ….
■ … where Republican gubernatorial candidate Brian Kemp, stuck in a cliffhanger election, is quitting his job as secretary of state and—a little late for some critics—forsaking all his election-related duties.

Announcements.
■ Thanks to Patrick Olsen at Consumer Reports, Square stands freshly reminded that “newly gained” doesn’t take a hyphen—as it did in yesterday’s edition.
■ Reader Mark N. takes issue with the characterization of Tuesday’s election results in yesterday’s Square by Mother Jones’ Kevin Drum as “one of the great political blowouts of modern history”: “That’s like saying Jimmy Carter was ‘one of our greatest presidents.’” And he cites The New York Times’ analysis: “2018’s shift to the left was smaller than in 2006 and half the size of the Republican wave in 2010.”