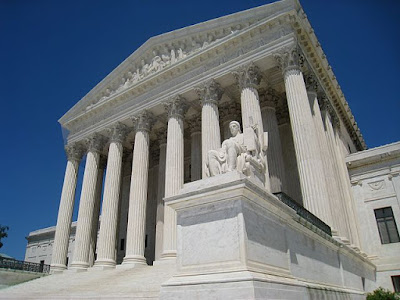 ■ Not The Onion: “Trump offers nation’s apology to Kavanaugh, declares him ‘proven innocent’” (Sun-Times).
■ Trump’s bonus: He now gets to appoint Kavanaugh’s replacement to the powerful D.C. Circuit Court.
■ Columnist Rex Huppke: “All who shamelessly support the way Kavanaugh’s confirmation was handled are … afraid of a world that’s changing.” (2008 photo: Daderot.)
■ Developing story: Trump’s UN ambassador is quitting.
■ Mother Jones: “Trump’s ‘Enemy of the People’ Rhetoric Is Endangering Journalists’ Lives.”
■ The University of Illinois at Urbana-Champaign is offering an advanced course in Trumpaganda: The War on Facts.
■ The University of Illinois at Chicago is offering free rides to the state’s top students. 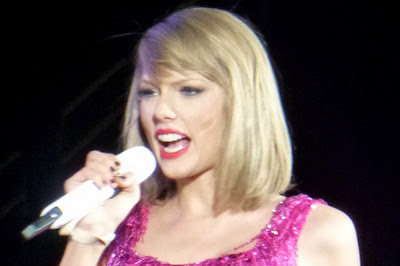 The Taylor Swift effect. Her decision Sunday finally to get political triggered a massive spike in voter registration. (2015 photo: GabboT.)
■ Gubernatorial candidates Rauner and Pritzker faced off this morning in a Sun-Times forum, which you can watch here.
■ The Tribune’s endorsements are drawing reader flak: “I have been very disturbed by your Editorial Board’s steady drift to the far right.” 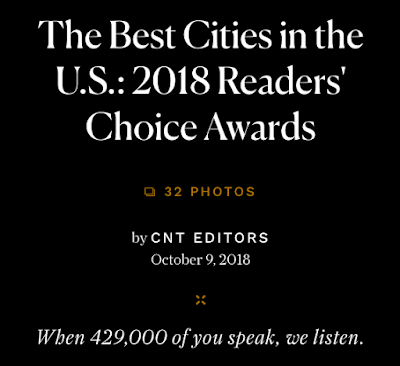 Chicago’s No. 1—again. For the second year in a row, the city tops Condé Nast Traveler’s “Best Cities in the U.S.,” praised for its “magnificent architecture, stunning museums, brilliant chefs, a massive brewing scene, and so much to do that you’ll never see it all.”
■ Three days after Chicago Police Officer Jason Van Dyke was convicted of murdering a black teenager, the president said the city should loosen restrictions on cops.
■ Mayor Emanuel’s spokesman calls Trump “clueless.”
■ The Atlantic: “The cop culture that created Van Dyke and others like him is still very much extant.”
■ Chicago’s youngest murder victim this year: a 2-year-old boy.
■ Parkland, Florida, high school shooting survivor Emma González, who has more than twice as many followers on Twitter as the National Rifle Association, tells Variety how her life has changed.

‘Monstrous hurricane.’ Updating coverage: Michael’s headed toward Florida, bringing deadly risks.
■ Washington Post columnist Margaret Sullivan: With climate change putting Earth “on a fast path to destruction,” journalists “must cover this like it’s the only story that matters.”
■ An alligator was found in Lake Michigan—with its mouth taped shut.

R.I.P., Google+. Revealing a widespread—but hard-to-say-how-widespread—security bug, Google is killing the consumer version of its failed Facebook rival.
■ That annoying Facebook message you’ve been getting—“I actually got another friend request from you yesterday…”? Ignore it.

Good night. The Mattress Firm bedding chain is closing 29 stores in Illinois.
■ As the Treasure Island grocery chain prepares to shut down, workers are threatening legal action if they don’t get two months’ severance and benefits. 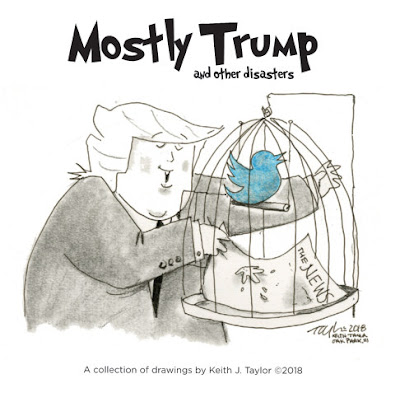 Announcements.
■ Chicago Public Square contributor Keith Taylor’s just published a collection of his cartoons, Mostly Trump and Other Disasters, which you can buy here.
■ Sorry about that redundant edition of Square sent in error Thursday morning.
■ If you’re reading this by email, you’ll note some characters in recent editions have been garbled, like this: â€”. It’s a MailChimp problem the company says it’s working to address.