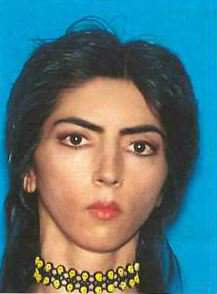 YouTube shooter’s grudge. Updating coverage: Police say the woman who shot and wounded at least three people before killing herself at YouTube’s headquarters told relatives she “hated” the company.
■ Who she was, according to NBC News: “An extremist vegan who … claimed on her social media accounts that YouTube was discriminating against her.”
■ In massacre-scarred Parkland, Florida, The New York Times reports, students face special challenges putting together the yearbook.

‘He is unreliable. He is unprepared. And he is unstable.’ Sen. Dick Durbin called a news conference to condemn President Trump’s attacks on immigrants. But he concedes the president has the power to send troops to enforce immigration law at the U.S. border.
■ Special counsel Robert Mueller has told Trump’s legal team Trump isn’t currently a criminal target in the Russia investigation, but The Washington Post’s Aaron Blake notes Mueller may or may not be “duping Trump into a false sense of security.”
■ A longtime attorney for a Chicago suburb is quitting after a report criticizing payments made through his office without city council approval to a D.C. lobbying firm. 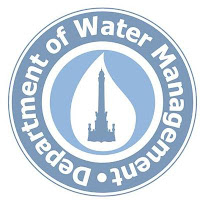 Bad chemistry. Among new revelations of racist behavior at Chicago’s Department of Water Management: A veteran chemist is accused of “urinating into a coffee cup … [that he then] placed … into an oven to dry it out and replaced … on the desk” of a black co-worker who would drink from it.
■ Sun-Times columnist Phil Kadner recalls Chicago’s hateful reception for Martin Luther King Jr. in 1966—and King’s words: “Right, temporarily defeated, is always stronger than evil triumphant.”
■ Film critic Roger Ebert’s widow will mark the 50th anniversary of King’s assassination and the fifth of Ebert’s death with a Day4Empathy.

‘Nightmare bacteria.’ A new report from the Centers for Disease Control and Prevention cites more than 200 cases of bugs resistant to most antibiotics.
■ A leaked memo reveals all critical decisions about preservation of streams, ponds and wetlands are now in the hands of one man: U.S. EPA boss Scott Pruitt.
■ … who faces growing scrutiny for charges he misused taxpayer money and kept improper ties to companies he’s supposed to be regulating. 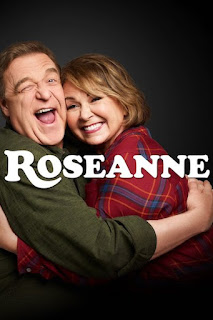 Roseanne: ‘TV’s most anti-Trump show’? NBA icon and Hollywood Reporter columnist Kareem Abdul-Jabbar says it is.
■ … and one of the show’s producers retweeted that column thusly: “Kareem Abdul-Jabbar, you get it.” (Hat-tip to CNN’s daily Reliable Sources email.)
■ In early ratings for the show’s second outing, viewership was down 14 percent from last week, but 165 percent above ABC’s showing in that slot a year ago.
■ Inside a Seattle TV newsroom owned by Sinclair Broadcast Group—the company poised to take over Chicago’s WGN-TV and Radio—The Seattle Times reports, “some staffers have reached a breaking point and have discussed protesting their corporate bosses, or plan to leave as soon as they can.”

‘Trump is right. It is the Amazon Washington Post.’ Politico’s Jack Shafer takes issue with editor Marty Baron’s assertion that the paper owned by Jeff Bezos is separate from the megacorporation owned by Jeff Bezos.
■ The secrecy with which Amazon has enveloped its beauty-contest quest for the city that will host its new HQ2 threatens to become “a monument to high-tech arrogance and tax-break favoritism,” according to a group that tracks public breaks for private companies.
■ Chicago’s in line for the area’s 10th “small-format” Target store.

See your U.S. Postal Service mail—online. Neil Steinberg writes about a new feature that emails you pictures of stuff headed to your home—before it’s delivered.
■ You can sign up for free here.

‘Facebook has been useful to me to me because I’m a writer.’ Venture investor Mike Bechtel* wrestles with the question “How has Facebook impacted your life?”
■ Facebook founder Mark Zuckerberg has an April 11 date with Congress—his first appearance before the U.S. government. 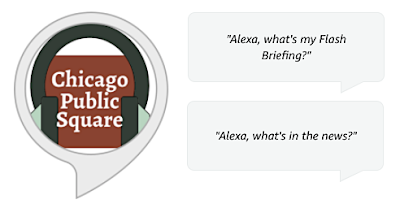 ‘New ways to do great work.’ Thanks to media columnist Robert Feder for kind words (fifth item in today’s column) about the Chicago Public Square Newscast series, newly available (free, of course) on Amazon’s Alexa-powered smart speakers, as well as on iTunes, other podcast players and just the plain ol’ web.
■ This new Square project is made possible by support from readers like you. Isn’t all this stuff—two newsletters and an audio newscast—worth a few cents a day?


* Bechtel is an investor in Rivet Smart Audio, where your Chicago Public Square columnist serves as VP/editorial.