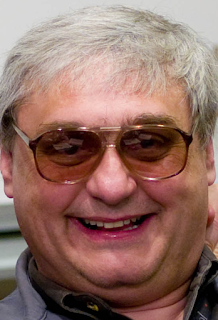 ■ Sexual harassment charges against lawmakers are changing the stakes in next year’s elections.
■ The New York Times: Rebelling suburbs offer Democrats a path to control of the House.
■ And they may get some support from the Republican tax overhaul …
■ … which stands to cripple state and local government services in states like Illinois …
■ … but which The Wall Street Journal predicts will “juice an already humming economy.”

‘LEGALLY UNPRECEDENTED AND STRATEGICALLY RECKLESS.’ A George Washington University law prof says special counsel Robert Mueller’s seizing of tens of thousands of emails from the Trump transition team may “contaminate much of his investigation in any later trial.”
■ But the president says he won’t fire Mueller.
■ Neil Steinberg compares the president to Al Capone, who said, “It’s pretty tough when a citizen with an unblemished record must be hounded from his home by the very policemen whose salaries are paid, at least in part, from the victim’s pocket.”

TWITTER’S TRUMP TAKEDOWN. Effective today, it’s enforcing new rules against abusive or threatening content in usernames and profiles, and accounts affiliated with hate groups both on and off Twitter itself—meaning at least one of President Trump’s hateful retweets is gone despite his refusal to take it down himself.
■ USA Today examines the strategies that helped America’s Nazi-friendly “alt-right” movement take politics’ center stage.

METRA FARE DISCOUNTS? One of the possibilities under consideration to increase ridership is lowering fares for people who travel outside rush hours.
■ The Tribune editorial board, often an unrestrained booster of free-market schemes, surprisingly can’t stomach the notion of $40 surcharge fee for express lanes (“Lexus lanes”) on Chicago-area highways.
■ The dilapidated Clarence Darrow Memorial Bridge near the Museum of Science and Industry has been slated for replacement and so is available to someone willing to deconstruct and rebuild it somewhere else.

YOUNG NEWSMAN KILLED. A 15-year-old boy helping his dad deliver newspapers on the Southwest Side was shot and killed Sunday in what may have been a case of mistaken identity—one of at least two people killed and 14 hurt in Chicago shootings between Sunday and this morning.
■ Sun-Times columnist Laura Washington talks to middle-schoolers about the news biz: “For young people, newspapers are headed for extinction.” 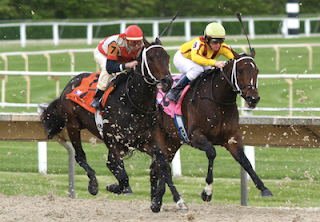 ‘IT’S ON LIFE SUPPORT.’ A lawmaker says letting horse racing tracks offer other forms of gambling is essential to saving the industry in Illinois.
■ Or the state could just bid farewell to an industry long accused of cruelty. (2007 photo of Arlington Park: Slooby.)